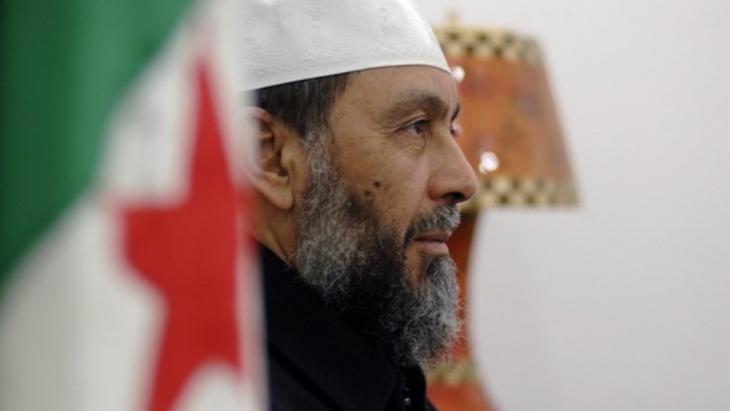 Algeria′s myriad Islamist parties are either barred from the elections or internally divided over whether to support the government or join the opposition, limiting their chances of success. An analysis by Riccardo Fabiani

Ahead of legislative elections on 4 May, Algeria′s Islamists are as divided as ever. Their myriad of legal parties, unofficial movements, religious trends and banned organisations have lost almost all their credibility in the eyes of the local population and remain on the sidelines of the country′s politics. Still they continue to scramble for relevance ahead of the upcoming parliamentary election by revisiting fundamental debates on whether to participate in the political system and whether to support the government – or to what extent. This chaotic picture plays directly into the authorities′ hands, highlighting not only the disarray of these parties but their irrelevance.

Many of the current divisions within the Islamist camp date back to the 1980s and 1990s, reflecting how different Islamist personalities positioned themselves before, during and after the civil war. The regime exploits these divergences, excluding those Islamists still associated with the banned Islamic Salvation Front (FIS) while rewarding groups and personalities willing either to work with the government or to disengage from politics with appointments and shares of oil rents. To date, this divide-and-rule policy still explains many of the dynamics that can be observed within the Islamist camp.

A bridge between the Islamist camp and the government

The cluster of Islamist parties that originated from Mahfoud Nahnah′s Movement of Society for Peace (MSP) – including the Front for Change (FC) and the Rally of Algerian Hope (TAJ) – is divided on the issue of joining the government. Close to the Muslim Brotherhood and favouring a moderate approach, the MSP resisted the FIS′s call for jihad in the 1990s and instead acted as a bridge between the Islamist camp and the government, which it served in from 1997 to 2012. 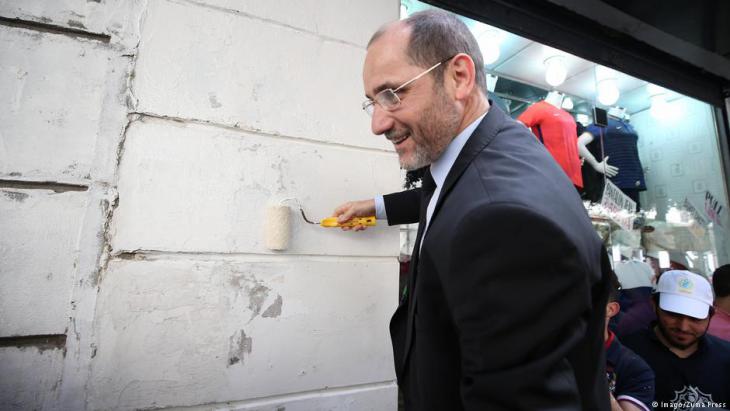 Serious contenders to replace Bouteflika? Abderrezak Makri sees his alliance with Abdelmajid Menasra as part of the broader opposition to the ruling National Liberation Front (FLN) and the National Rally for Democracy (RND). Both are unwilling to support a new government coalition

After that, former MSP leader Aboudjerra Soltani moved the party to the opposition and formed the Green Algeria Alliance with two other Islamist parties, Ennahda and El Islah. However, the coalition′s electoral defeat in 2012 made it fall apart, pushing MSP members to replace Soltani with the more uncompromising Abderrezak Makri. Makri maintained his distance from the government since, announcing the party′s boycott of the 2014 presidential election, only to reconsider and formally announce the party′s participation in the May 4 elections.

Article 94 of the 2016 electoral law mandates that parties need to have obtained at least 4 percent in the previous ballot in order to field a list of candidates (or collect 250 signatures for every contested seat in each electoral constituency, which is difficult for small parties with limited memberships and resources).

Makri therefore formed an alliance in January 2017 with the smaller Islamist party, Front for Change, aiming to formally merge FC into MSP after the elections. FC′s leader, Abdelmajid Menasra, is a former MSP official who quit to form his own party in 2009 because he opposed to then-MSP head Soltani′s support for the 2008 constitutional reforms and for President Abdelaziz Bouteflika′s third term.

Soltani believes that the MSP′s role is to be the Islamist wing of the ruling coalition and that there are no opportunities in the opposition to benefit the party – particularly as the MSP has lost the support of all the Islamist businessmen who financed it in the past. At the moment, the MSP and FC seem to have struck a precarious compromise by calling for a national unity government that will include the opposition, while refusing to explicitly commit to joining the next cabinet.

The Rally of Algerian Hope, led by former Minister of Public Works Amar Ghoul, who is already a member of the government coalition, is more explicit about supporting the next government and is unlikely to change its position after the elections. Ghoul quit the MSP in 2012, when the party moved to the opposition and formed the Green Algeria Alliance. The TAJ is now an extremely small organisation whose ideology can hardly be classified as Islamist. Its existence continues because of Ghoul and his personal relationships with the Bouteflika faction. 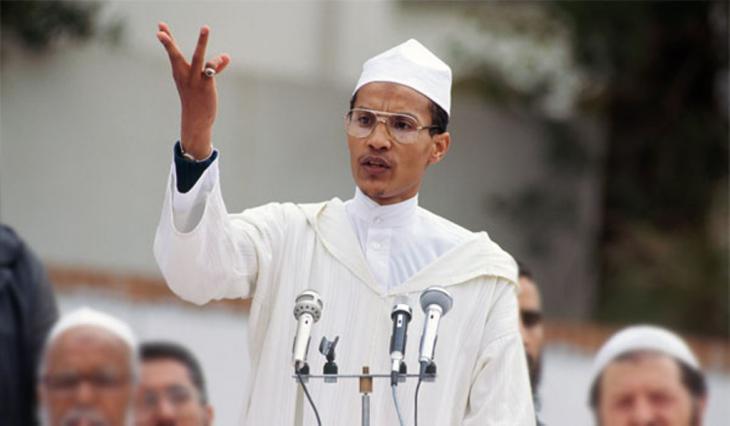 Islamic Salvation Front figurehead and sworn enemy of the Algerian military: former FIS leader Ali Benhadj holds weekly sermons – in violation of a ban – in an Algiers mosque, during which he regularly attacks the government. However, his attempts to join opposition demonstrations and participate in anti-government activities have been repeatedly blocked by the authorities

A different debate is taking place within the other Islamist camp, which did not originate with the MSP and whose roots go back to Abdallah Djaballah′s Ennahda. Although Djaballah refused to join the FIS in the 1990s and condemned the Islamist militias′ recourse to violence, he has always been more inflexible than Nahnah toward the regime.

His strategy has been to fill the space between the moderate Nahnah and the FIS, trying to lure the latter′s sympathisers by adopting a more radical ideology than the Nahnah′s MSP and rejecting any offer to join the government. Djaballah is currently the head of the Front for Justice and Development (FJD), which he founded in 2012 after he was thrown out of both the Ennahda and El Islah parties following internal revolts against his alleged autocratic management of these organisations.

In January 2017, likewise lacking the percentage required to participate, Djaballah formed a coalition with his former party Ennahda, now headed by Mohamed Douibi and the National Building Movement, a splinter group from the MSP led by Ahmed Dane. This alliance′s position is quite clear: they want to take part in the ballot, but any seats they win will be part of the opposition.

As for the former FIS, its officials are not allowed to run in the elections. After it secured more than 3 million votes in 1992 – by comparison, the FLN came in first in 2012 with only 1.3 million votes – the ensuing military coup put an end to the FIS. While it is impossible to estimate how many still support this party after the 1990s civil war, many Islamist politicians covet this untapped electoral base, which they have tried to court in the past, to little avail. 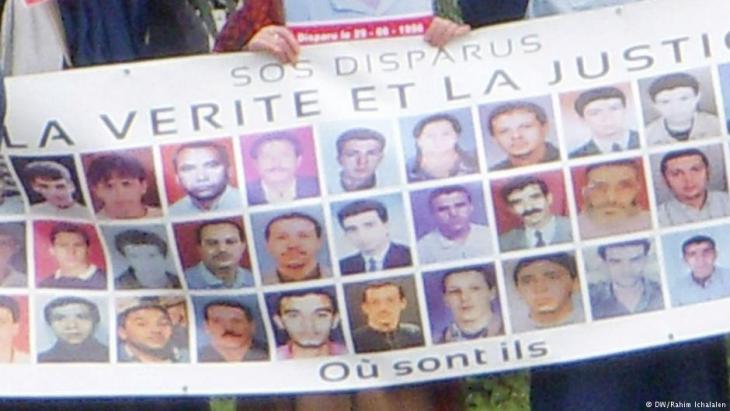 The black decade: despite having passed its own charter of peace and reconciliation in 2005, Algeria continues to be haunted by the civil war which raged between the country′s security services and armed Islamist groups during the 1990s, a conflict which claimed the lives of 200,000 people. Numerous individuals are still missing today. And the violence still rumbles on: according to an official security service report, 125 ″terrorists″ were killed and 225 arrested during 2016. Amnesty International claims that those responsible for torture and other serious human rights violations during the 1990s ″have yet to be brought to justice″

Over the past decade, former FIS officials have unsuccessfully manoeuvred to try to regain their visibility and their right to organise. Former FIS leader Ali Benhadj holds weekly sermons – in violation of a ban – in an Algiers mosque, during which he regularly attacks the government. However, his attempts to join opposition demonstrations and participate in anti-government activities have been repeatedly blocked by the authorities.

Likewise, former head of the Islamic Salvation Army, the armed wing of the FIS, Madani Mezrag declared his intention to form an Islamist party in 2015, claiming that he had a deal with the regime. However, his attempts have gone nowhere. Some other former FIS officials have established ties with the authorities – such as Hachemi Sahnouni, whom presidential advisor Ahmed Ouyahia consulted with in 2014 on the subject of constitutional reform – while others like Ali Djeddi and Kamel Guemmazi have participated in the opposition′s social and political activities.

This phenomenon is tolerated by the authorities, who see the quietist Salafi preachers as implicit allies. Their rejection of political engagement and their emphasis on respecting the authorities regardless of their ideological orientation enable the regime to further isolate former members of the FIS and gain the tacit support of thousands of Algerians.

In return for their implicit support, the Salafis are able to influence the government′s religious policy – as exemplified by the authorities′ recent repression of the Ahmadiyya Muslim community, which Salafis condemn as a Shia sect.

These divisions among Algeria′s Islamists and their inability to come together to put forward an alternative to the status quo mean that, unlike in neighbouring Tunisia and Morocco, their chances of electoral success are limited.