Othering Islam and Muslims in America 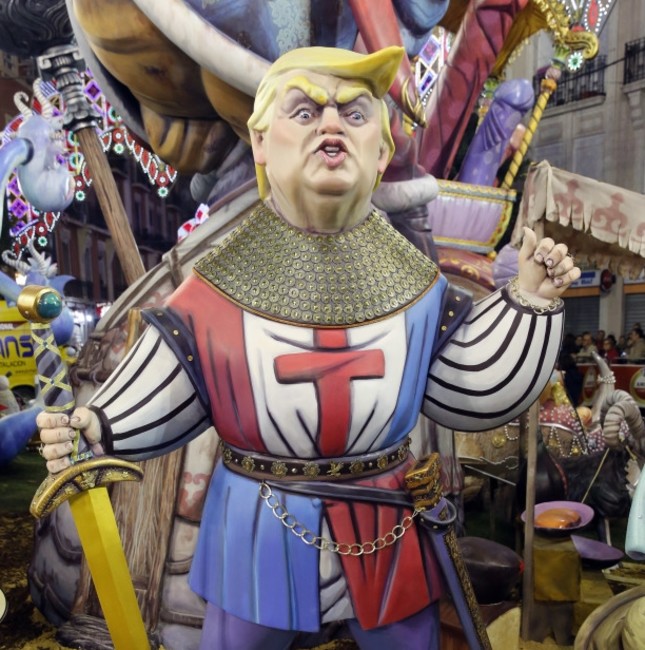 A figuring representing U.S. President Donald Trump as a warrior of the Crusades.

The otherization of Muslims and Islam by Trump and his administration has awakened a sleeping civil society giant, a human decency guided by universal ethical and moral imperatives that soon will bring forward a counter narrative

Since its founding, the United States of America has consistently struggled to define its identity and to classify who belongs and who are ostracized. From the first days of the republic, African Americans and Native Americans were not part of “We the People” and were denied full membership in the newly formed society, while white women, though included as members in the racial category, were denied equal rights and enfranchisement under the U.S. Constitution.

The structural exclusion and otherization was written into the country’s DNA during its foundation and continues to be the modus operandi utilized regularly to navigate and construct a national identity. Tracing the U.S.’s history takes us through a long, windy and torturous road of otherization, violence and exclusion that affected every group that has made its way to the country’s shores: From the Italians, Jews, Polish, Russians, Chinese, Vietnamese, Japanese, Koreans, Mexicans, Cubans, El Salvadorians, all the way up to the present-day Syrians, Afghanis, Somalians, Nigerians, Yemenis and other Arab, Muslim immigrants and refugees.

Consequently, otherization in the good old U.S. of A. is as American as apple pie!

What do we mean when we raise the issue of othering Islam and Muslims in today’s America? Othering is a multipronged phenomenon involving state sanctioned targeting of individuals and communities, intensive surveillance and securitization, tailored forms of legal restrictions, modes of civil society exclusion, heightened restriction of movement, and an elite and corporate induced barrage of negative media entanglement. Essentially, an otherized group is constructed to be an outsider to the defined national body, thus it is conceived and treated as an internal enemy that does not belong inside the nation.

Muslims and Islam are an otherized category in the U.S. with multipronged levels of exclusion and forms of racialized discrimination inflicted upon individuals and groups. The othering process directed at Muslims was unleashed by right-wing political elites that wanted to craft a strategy to contest power in a post-Cold War era. As the red evil empire came to an end, the machinery for crafting a green menace took shape and Huntington’s clash of civilization thesis provided the needed shift and the utilization of cultural racism as the basis for differentiation and hostility. Cultural racism, the basis for the clash of civilization thesis, is the rebranding of the pre-WWII des-credited biological racism and in the current period acts as a signpost for the same sets of racist attitudes and perspectives that were deployed in the earlier biological version.

In this context, otherization is less about Islam or about the Muslims themselves and their lives and hopes in America, but more about the unsureness of the society as a whole. The ongoing otherization project is underway to define politics, culture, economy, religion and identity by magnifying the differences from Islam and Muslims, and then transforming them into an existential threat in the mind of the American public so as to forge a fictitious sense of patriotic unity. Here, the U.S. is less confident and unsure of its present and future considering all the global political, economic and social changes underway. The internal otherization of Islam and Muslims is the perfect diversion for the populists, who use it to slither their way into seats of power with venomous rhetoric promising restoration and greatness.

“Make America great again” is precisely a calling for a restoration to an idealized and glorified past where the political, social and religious order was situated around a singular identity to the exclusion of others.