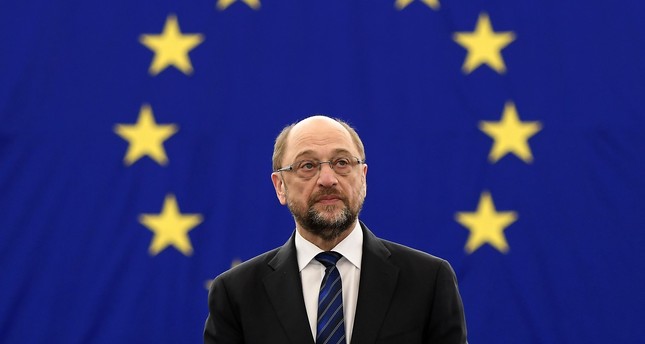 This file photo taken on January 16, 2017 shows then European Parliament President Martin Schulz waiting for the announcement of the candidates for the election. (AFP Photo)

Schulz was “unanimously” endorsed by the party leadership ahead of a formal vote on Sunday, said Gabriel, who earlier ruled himself out of the race.

He added that Schulz would also replace him as SPD chief.

Vice Chancellor Sigmar Gabriel had earlier announced his decision to step down as Social Democrat Party (SPD) chairman and said he would not challenge Chancellor Angela Merkel in elections later this year, local media reported.

In an interview with Stern news magazine, Gabriel, whose party forms the governing coalition with Merkel’s Christian Democrats, proposed Schulz to lead the SPD against Merkel in September.