“Pretty cool to know, though, he’s probably at home right now watching a brown guy make fun of him though, right,” said Ansari, who is the first South Asian host of SNL.

The 33-year-old Master of None actor urged the 45th president of the United States to confront the racist rhetoric that’s on the rise in the U.S. 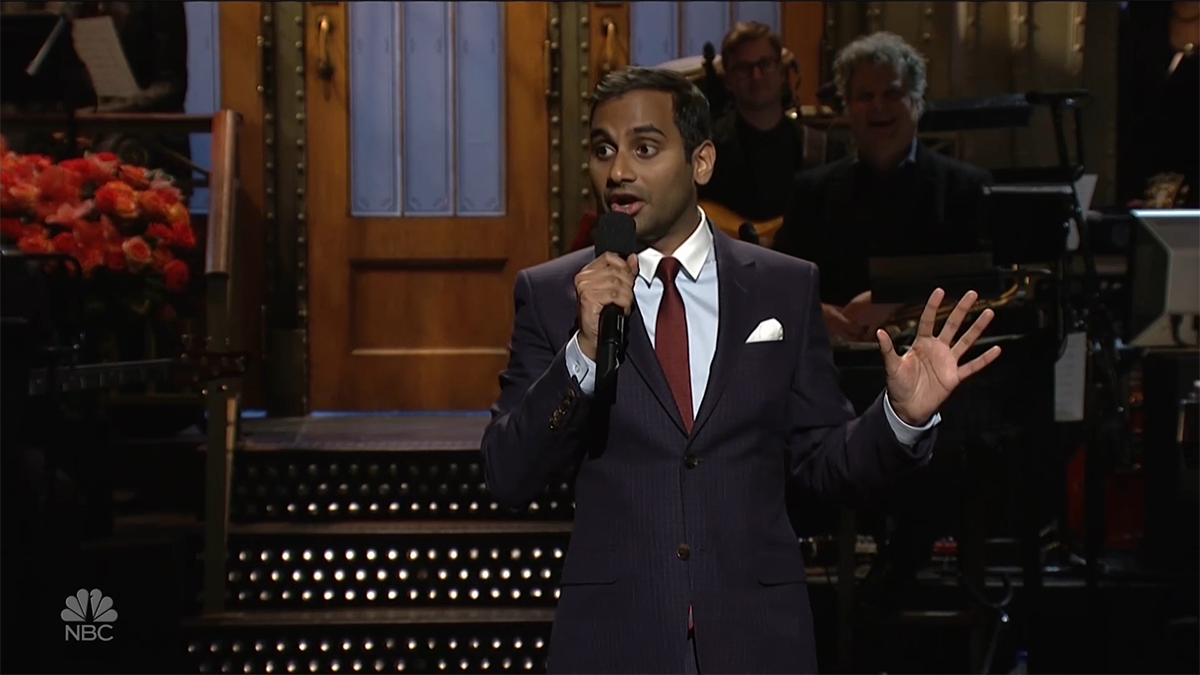 He then went on to paraphrase an inspiring speech by former president George W. Bush that emphasized the need for “basic human decency” when confronting Islamophobia before coming to the realization that Bush seems like a great president compared to the current one.

The monologue ended on a thoughtful note that highlighted the large turnout for the Women’s Marches all over the world.

“If you look at our country’s history, change doesn’t come from presidents. Change comes from large groups of angry people,” Ansari said.

“And if day one is any indication, you are part of the largest group of angry people I have ever seen.”

Politics aside, Ansari also devoted a sketch to La La Land in which he played a criminal getting interrogated for committing the crime of not loving Hollywood’s reigning musical. 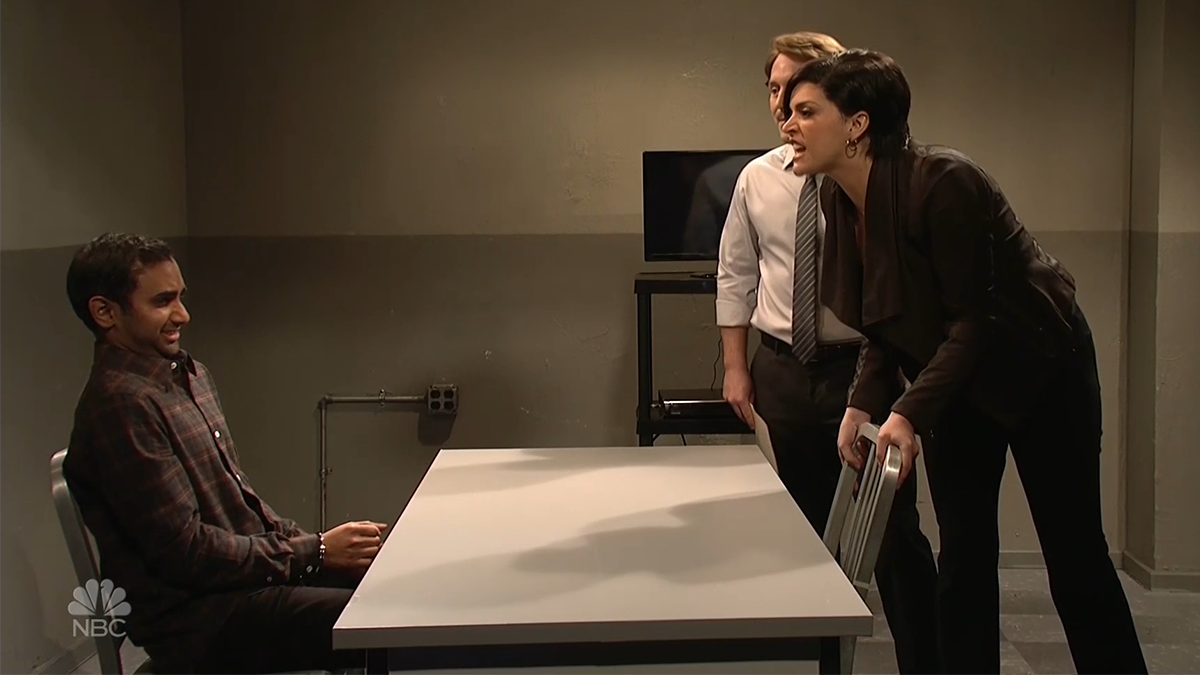 The sketch immediately began trending on social media as many people confessed their lack of interest in the musical, angering musical fanatics.

After seeing last night’s SNL skit on La La Land, I sure am glad that I haven’t yet told the word that I too fell asleep during the movie.

Other memorable moments included a sketch in which a bare-chested Vladimir Putin, played by Beck Bennett, made an appearance to give advice to the newly elected president.

“Today many of you are scared and marching in the streets,” Bennett as Putin says. “You are worried that your country is in the hands of this unpredictable man. But it’s not. I promise that we will take care of America. It’s the most expensive thing that we’ve bought.” 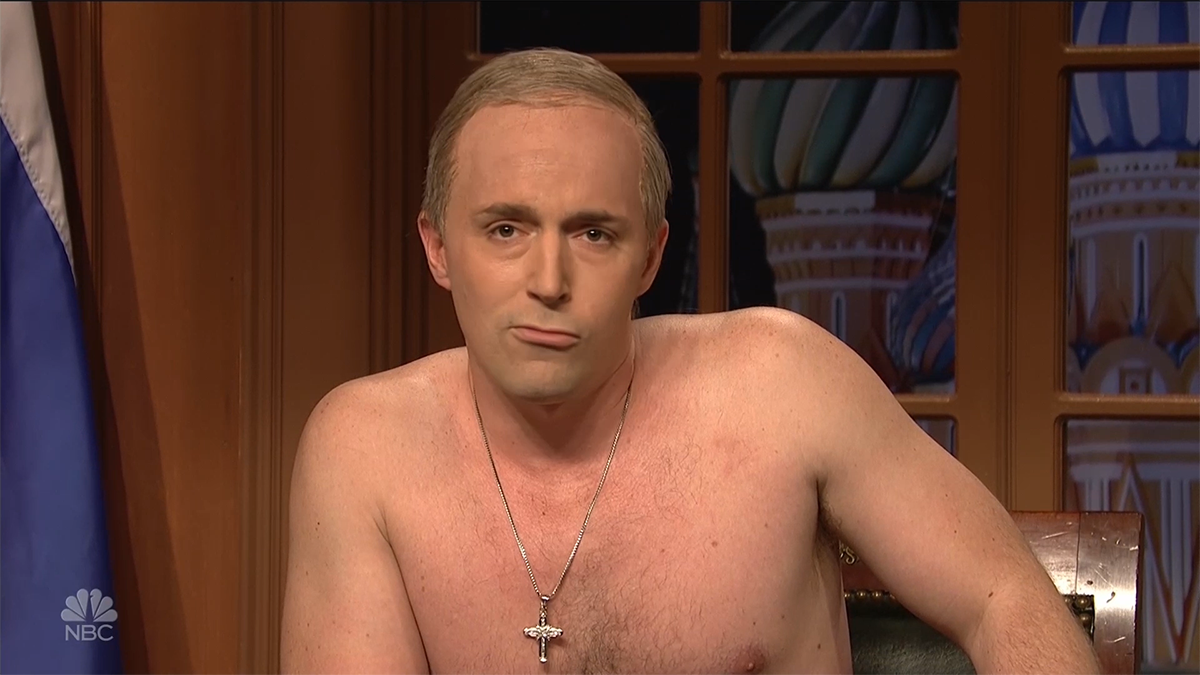 Putin on this weekend’s inauguration. #SNL

Earlier in the day, the real Trump appeared at the CIA to deliver remarks, where he falsely claimed about 1 million people came to his inauguration. Then as thousands of demonstrators convened on Washington for the Women’s March, Trump’s press secretary told reporters in the White House briefing room that “this was the largest audience ever to witness an inauguration, period.”

Bennett as Putin addressed the crowd size fiasco: “Donald, let’s talk as friends. You’re not off to a great a start, man. I thought you’d be better at this. However, I am happy so many people came to your inauguration.”

A photo of people marching flashed on the screen, and he added: “Oh, wait, that’s the women’s march. Here’s the inauguration.” Then a photo from Friday, which shows some empty white panels on the National Mall, was shown to cheers.

“And today you went to the CIA and said one million people came to see you in Washington, D.C.,” Putin on SNL continued. “If you’re going to lie, don’t make it so obvious. Say you’re friends with LeBron James, not that you are LeBron James.”

Trump, usually played by Alec Baldwin, did not make an appearance.