Innovations fund aims to save women and newborn babies in Africa 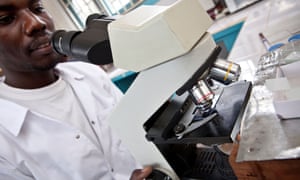 A laboratory technician at a health centre in Amuria district, Uganda. A total of 85,000 deaths a year in Uganda stem from maternal and newborn mortality and stillbirths. Photograph: Jake Lyell/Alamy Stock Photo

Public health experts in east Africa have hailed an initiative that will fund research on the continent in the hope of fostering African innovation.

The $7m (£5.7m) Grand Challenges Africa innovation seed grants programme – funded by the Bill and Melinda Gates Foundation and coordinated by the African Academy of Sciences (AAS) and the Nepad Agency Alliance for Accelerating Excellence in Science in Africa (Aesa) – is calling for ideas from Africa-based innovators working in maternal and newborn child health. 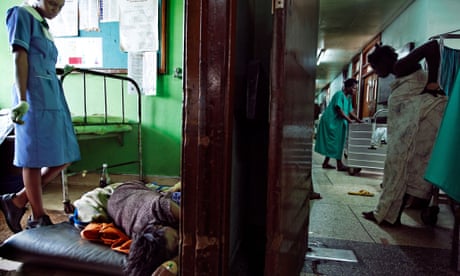 In a statement, AAS/Aesa said the five-year programme would provide seed grants worth up to $100,000 each, with successful researchers eligible to apply for further funding of up to $1m to scale up their innovations.

“Solutions for Africa’s challenges do exist within the continent. As an African grant-making body, we are laser-focused on tapping the best minds on the continent to develop innovative local solutions to our health and development challenges,” said Aesa’s director, Tom Kariuki.

That view was echoed by Peter Waiswa, an associate professor at the Makerere University School of Public Health in the Ugandan capital, Kampala. Waiswa, a specialist in maternal and newborn health, said it was good the Grand Challenges scheme now had funds set aside specifically for – and managed in – Africa. Although the grants are small, Waiswa said, they are “most likely going to respond to local needs”.

A key problem for the continent’s scientists is the dearth of Africa-driven research. In Uganda alone, Waiswa said, maternal and newborn mortality and stillbirths add up to about 85,000 deaths a year. “These are double the number of people who die from HIV and Aids in Uganda,” he added, “but all the attention is on HIV. So I think it is good that they are funding into this specific area. But, as I said, they are still small grants and we have to compete for them as a region.”

Waiswa said researchers often faced a lack of money for scaling up innovations. This has meant researchers cannot do long-term work. He cited the case of Ugandan scientist Misaki Wayengera, who created a prototype for a quick test for Ebola, but failed to get funding even after writing to the Ugandan president. Only after the latest Ebola outbreak in west Africa that Wayengera received financial support, from Grand Challenges Canada.

At Makerere University and Nsambya hospital in Kampala, researchers wanted to solve birth asphyxia (newborn breathing difficulties) by cooling babies to zero, but they lacked funding. “There is a good effort,” said Waiswa, “but government and other partners must come on board to push the science to the rightful conclusion. Even us – we have come up with a couple of innovations but they just die.”

Pauline Irungu, the advocacy and policy manager at the health charity Path in Kenya, said maternal and child health in Africa suffered from a lack of investment relative to areas such as HIV and Aids, leading to limited innovation. The Africa-centred grants will challenge African innovators to address other continent-specific health problems, she said.

“HIV came with a bang. It was killing [so many] people and therefore there was a huge focus on it – there was a lot of investment,” said Irungu, who has worked in public health since 2000. “But I think because maternal and newborn child [mortality] has always been with us. I haven’t seen a similar impetus to put in resources and to push for innovation that can change the trajectory.”

Like Waiswa, Irungu hopes the new grants will lead to more Africa-led research. “Homegrown solutions combined with world-class innovation is what will solve the problems of Africa,” she said. “We can’t stand back and wait for someone to design something out there and bring it to Africa, and then we adopt it.”

Irungu is in no doubt that African scientists can tackle the continent’s problems if given a conducive environment in which to work. “Why are we talking about brain-drain? Africa – we – are exporting brains to the west,” she said, citing the use of antiretroviral therapy to prevent HIV infection, for which proof-of-concept was driven by researchers in South Africa. “We don’t only have the brainpower; we also have institutions that are conducting world-class research in Africa. The Kenya Medical Research Institute is currently undertaking a study for a malaria vaccine for children.”

Just as enthused about the “Africanness” of the grants was Betty Walakira, chief executive officer of the Ugandan NGO Health Child. She says that, in poor countries, research funding is not a priority for governments. Yet local researchers continue to show good potential to address such problems as post-partum bleeding.

“All this new knowledge is useful in the sense that it can be used in a developing country context,” said Walakira, whose organisation promotes maternal and child health.

The Ugandan president, Yoweri Museveni, has been talking up the potential of his country’s scientists, despite the government’s approach apparently being driven more by politics than cohesive policy. At the end of 2015, he was quoted as promising to increase the government’s innovation fund from $49m to about $143m. In June, Museveni created a department of science, technology and innovations, and its new minister, Elioda Tumwesigye, has already called for a substantive innovation fund.