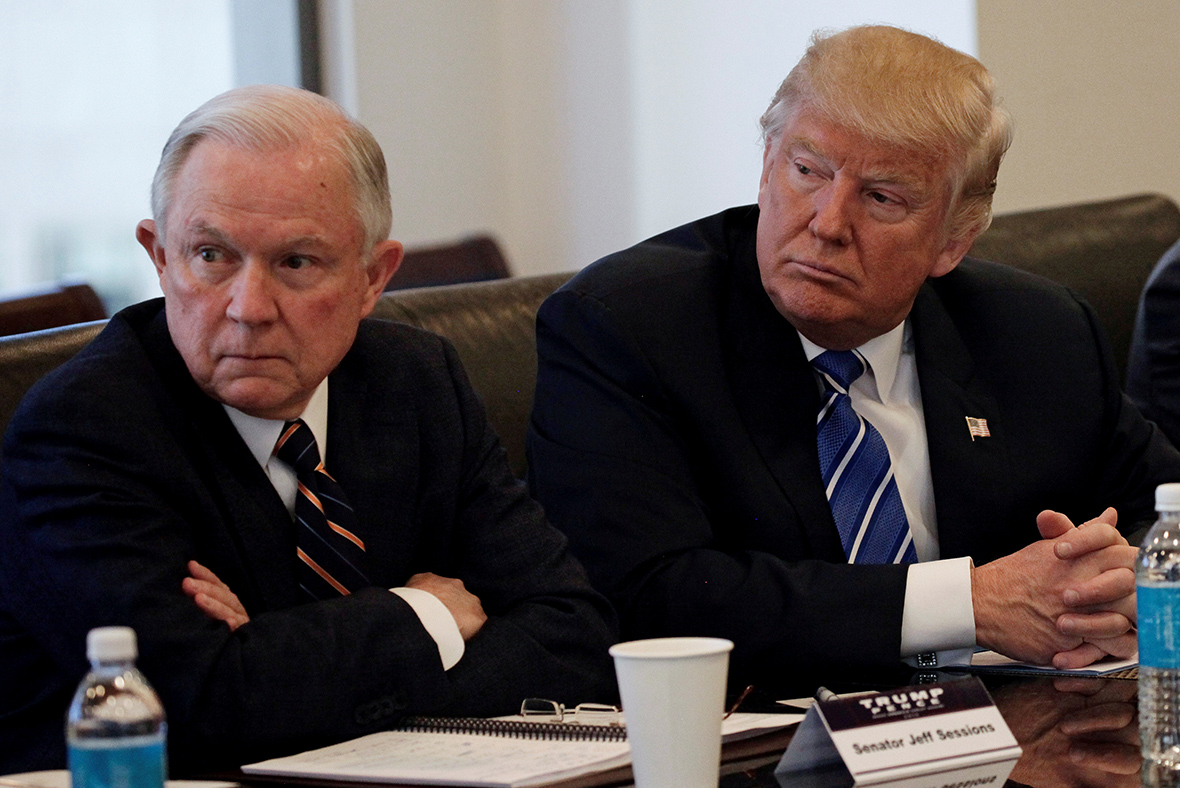 Two more prominent positions in Donald Trump’s administration were confirmed by his transition team Friday as the Attorney General and CIA Director roles were filled by Washington players who will send a shudder through the USA’s 3.3m-strong Muslim community.

The president-elect has chosen Alabama Senator Jeff Sessions to be his attorney general and Tea Party figure, Kansas Republican representative Mike Pompeo, to be CIA director. The positions were confirmed by the New York Times and Reuters.

http://www.ibtimes.co.uk/trumps-new-attorney-general-cia-director-could-terrify-americas-muslims-1592307?
Pompeo sat on both the Intelligence Committee and the House Select Committee on Benghazi, after US ambassador Chris Stevens was killed in an attack on the American embassy in the Libyan city in 2012.

In 2013, after the Boston Marathon bombing, Pompeo accused Muslim leaders of encouraging terrorism rather than condemning it.

“When the most devastating terrorist attacks on America in the last 20 years come overwhelmingly from people of a single faith, and are performed in the name of that faith, a special obligation falls on those that are the leaders of that faith,” Pompeo said. “Instead of responding, silence has made these Islamic leaders across America potentially complicit in these acts, and more importantly still in those that may well follow.”

In 2010, Pompeo’s campaign tweeted a link from the congressman’s account asking his followers to read a blog post that used a racial epithet against his Indian American political opponent and called President Barack Obama an “evil muslim communist USURPER.” Pompeo blamed the tweet on a staffer.

In 2013, Senator Jeff Sessions questioned why the National Endowment for the Humanities was spending public money to put 900 books educating people about Islam into libraries across the US. He also questioned books on tackling topics such as ‘What is the meaning of life?’, ‘Why are we interested in the past?’ and ‘Why are bad people bad?’

Categories: The Muslim Times, US Politics, US PRESIDENT, USA