from the holy city of Makka. 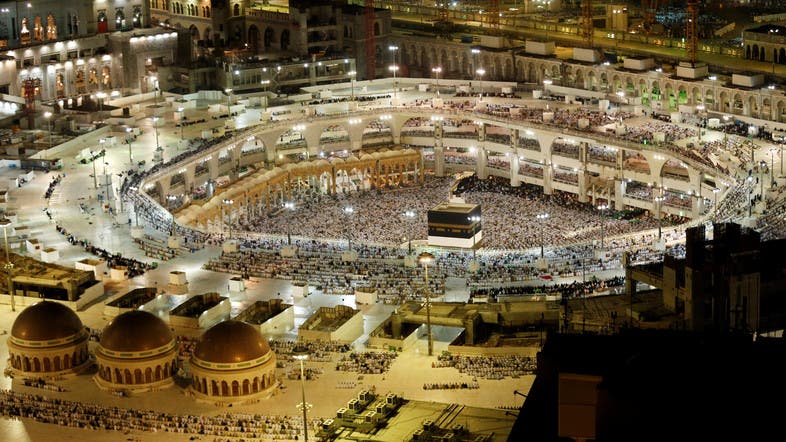 Muslim leaders and politicians in India are busy in a crazy competition of organizing conferences, greater campaigns and processions to protect their ‘right to triple Talaq’. Countrywide hue and cry is still being heard from the self-imposed Muslim representatives championing the cause of Tahaffuz-e-Shariat (protection of Shariah).  “Islam is under attack” is their daily sloganeering in India.

But what about the birthplaces of Islam—Makka and Madina— which suffer the brutal and bloodthirsty attacks? Shockingly enough, no protest was seen in India on part of Muslims’ religious and political leaders when these holiest sites of Islam were attacked.

Of late, the Arab Coalition fighting in Yemen has intercepted a ballistic missile hitting 65 km away from the holy city of Makka. It is reported that the missile was fired from Saada province towards Makka. According to Al-Arabiya, a Saudi media outlet, the Makka missile attack has received condemnations from several countries with Bahrain and the United Arab Emirates reacting with statements condemning Iran and the Houthi militias.

But regrettably, we have heard no voice from the apex Muslim bodies in India against the missile attack on Makka, one of the two holiest sites in the Islamic tradition. This ‘deafening silence’ reveals something significant. It was also maintained when another holiest city of Islam, Madina was under terror attack only a few months ago. No influential Muslim leader questioned the Saudi authorities as to how the Pakistani terrorists backed by the Saudi militants stage-managed the attack on Madina, which is under the utmost custody of the Saudi Kingdom.

Isn’t it an irony that Muslim leaders in India are going all out for the protection of Islam which Allah has ensured in the Qur’an to do by Himself? However, they don’t feel impelled to protect the holy cities and historic sites of Islam, something that they would be held accountable for. While the Qur’an has denounced the war on culture and heritage in the strongest terms, the self-styled protectors of Islam remain silent onlookers when such an attack is launched anywhere in the world.  Remarkably, Makka and Madina are also considered the greatest ‘signs of Islam’ (Sha’air-ul-Islam) as per the Qur’anic injunction. In words of Shaikh Abdur Rahman al-Sudais, the top imam in Makka, “targeting the region of Makka by a ballistic missile is a provocation and an offense which has hurt the feelings of one-and-a-half billion Muslims across the world”.

In an editorial article, the world’s premier pan-Arab daily, Al-Sharaq al-Awsat portrays how the global Muslim authorities have issued their condemnations against the missile attack launched at Makka al-Mukarrama:

“Al-Azhar, Sunni Islam’s centre of learning, in Cairo condemned the “treacherous” attack and said it cannot happen from anyone who has some faith in Islam”….

Strongly condemning the missile attack against the holy Makkah region, Kuwait foreign ministry said in a press statement: “Targeting Muslims’ Qibla [Makka] is a provocation of their feelings, neglect of the holiness of the blessed spot and disregard of Islamic sanctities”…..

“This is an outrageous aggression against the sanctity of the holiest Islamic shrine and a provocation to the religious sentiments of millions of Muslims around the world,” the Qatari foreign ministry said in a statement.

Nevertheless, while the global Islamic leaders and even ambassadors of the world have castigated the Makka missile attack in the harshest words, Indian Muslims are amazed at the continued silence of their religio-political stalwarts over this tragedy. Muslims in India, both Sunnis and Shias, venerate Makka not only because it is the holy land of the Hajj pilgrimage for millions of Muslims around the world, but also because of their traditional inclination towards the preservation of spiritual heritage. But even the newly formed political parties of Muslims in India have passed no resolutions condemning the attack. The question arises: at a time when India’s Muslim masses are being mobilized to show unity of Ummah (Ittehad-e-Ummat) for the protection of Shari’ah (Tahaffuz-e-Shariat), why they are not guided towards the much-needed solidarity to protect the cultural and spiritual heritage of Islam?

Makka missile attack is the second most brutal assault on Islamic heritage in Saudi Arabia in this year. Very recently, Madina attack was perpetrated by the fanatic goons of Saudi and Pakistani origin, as confirmed by the Saudi official sources. Some suicide bombers blew themselves up in Madina. A bomb exploded in the vicinity of a police post outside the Prophet’s Mosque [Masjid-al-Nabawi], killing four policemen and two civilians. It was Iftar time during the sacred month of Ramadan in July, 2016, when the suicide bombers struck Madina, as reported in Arab News. (arabnews.com/node/949131/saudi-arabia)

This time, the missile attack on Makka is blamed on the Yemeni Houthi rebels. However, the missile was brought down by the Saudi air defence, as reported in Gulf News. Whatever the reason and whosoever the attacker, it is a clear indication that the violent tide of terrorism on the Saudi soil is spinning out of control now. Terror strikes against Makka and Madina—the two holiest sites in Islam—would be seen in history as the biggest stigma on the face of the Saudi regime. The most deplorable is the kingdom’s unwillingness to stem the tide of growing Kharjism which stems from the Saudi state religion—Wahhabism— which has provided ideological food to the terror outfits.

After the Makka missile attack, Shaikh Abdullah Bin Zayed Al Nahyan, Minister of Foreign Affairs and International Cooperation, made direct and harsh criticism of the Iranian regime. He stated: “Iran backs a terrorist group that fires its rockets on Makka”. Al Nahyan also challenged the Iranian regime’s claim to be an Islamic entity. “Is this an Islamic regime as it claims to be?” he averred.

Though it cannot be rejected outright that the Houthis and their allies in Yemen have accumulated a stockpile of missiles, including Soviet-era Scuds, merely blaming Iran for pushing the Houthi rebels to launch the attack on Makka does not stand up to scrutiny. The Saudi authorities must hold an unbiased and fair investigation into the case. When Madina attack could be perpetrated by the fanatic goons of Saudi and Pakistani zealots, as confirmed by the Saudi official sources, it cannot be ruled out that similar elements were also operating behind the Makka attack. Of late, some Saudi sources have suggested that the missiles and weapons used in the Makka attack were locally-designed.

Ghulam Rasool Dehlvi is a scholar of Comparative Religion, Classical Arabic and Islamic sciences, cultural analyst and researcher in Media and Communication Studies.

The Arab Coalition fighting in Yemen said on Thursday that it has intercepted a ballistic missile that hit 65 km away from Saudi Arabia’s holy city of Makkah, saying it was fired by militias in Yemen.

The missile was fired from Saada province towards Makkah, the coalition said. No damage has been reported.

Coalition forces confirmed that they targeted the sites where the missile was launched from in Saada and destroyed it shortly after the incident.

The firing of the missile received condemnations from several countries with Bahrain and the United Arab Emirates reacting with statements condemning Iran and Houthi militias.