DC superhero punching for gender equality to be honoured at her 75th birthday party, attended by Ban Ki-moon and ‘surprise guests’ 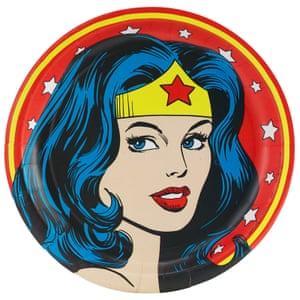 The United Nations is due to welcome a new honorary ambassador for the empowerment of women and girls: Wonder Woman.

According to website Comic Book Resources, the superhero will officially be given her new title at an event in New York on 21 October – the character’s 75th anniversary – at the United Nations headquarters. The announcement is due to be attended by UN secretary-general Ban Ki-moon, DC Entertainment president Diane Nelson and, said Comic Book Resources, some “surprise guests”, who the comics site speculated would include the actors who have appeared as Wonder Woman over the years, including actor Lynda Carter.

The event will also mark the launch of the UN’s landmark global campaign supporting Sustainable Development Goal #5, which is to “achieve gender equality and empower all women and girls”.

“Gender equality is not only a fundamental human right, but a necessary foundation for a peaceful, prosperous and sustainable world,” says the UN. “Providing women and girls with equal access to education, healthcare, decent work, and representation in political and economic decision-making processes will fuel sustainable economies and benefit societies and humanity at large.”

Wonder Woman, created by William Moulton Marston, first appeared in October 1941. The story, according to publisher DC Comics, was “meant to test her appeal at a time when female superheroes were rare”, but the character “quickly broke out and headlined her own title by the next year”. Going under the secret identity of Diana Prince, the superhero is an Amazon from the all-female paradise of Themyscira.

Her 75th anniversary is also being marked by the US Postal Service with the issue of four Wonder Woman stamps. “Wonder Woman was one of the first female super heroes that inspired countless young girls over the past three quarters of a century,” said the service’s Kristin Seaver. “We salute this heroic role model and her legacy that is sure to continue to span another 75 years.”

Artist artist José Luis García-López said it had been “an honour to work on an iconic character like Wonder Woman for the past 40 years”, calling her “the ultimate female superhero [and] a true symbol of equality and justice”.

Last month, Wonder Woman writer Greg Rucka stated unequivocally that the character was queer, and had had relationships with other women. In an interview with Comicosity, Rucka was asked by Matt Santori-Griffith if Wonder Woman was queer. Santori-Griffith defined the term as “involving, although not necessarily exclusively, romantic and/or sexual interest toward persons of the same gender”. 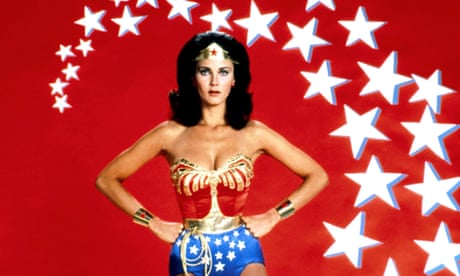 “Yes,” Rucka told Comicosity. “I think it’s more complicated though … when you start to think about giving the concept of Themyscira its due, the answer is, ‘How can they not all be in same-sex relationships?’ Right? It makes no logical sense otherwise. It’s supposed to be paradise. You’re supposed to be able to live happily. You’re supposed to be able … to have a fulfilling, romantic and sexual relationship. And the only options are women. But an Amazon doesn’t look at another Amazon and say: ‘You’re gay.’ They don’t. The concept doesn’t exist.”

But Rucka was clear that he wasn’t “hedging” his answer – that Themyscira “is a queer culture” and that “anyone who wants to prevaricate on that is being silly”.

Comics site the Mary Sue welcomed Rucka’s comments about Wonder Woman’s sexuality, saying that it “probably isn’t a surprise to very many Wonder Woman fans” because “comics readers have been looking at her books through an LGBTQIA lens forever”.

The Mary Sue also hailed the character’s new UN role, saying that she is “a great, easily recognisable symbol of what women can become once freed from a patriarchal society”.