I’m sure someone benefits from society’s focus on a few high-flyers beating their wings against the glass ceiling. But it’s certainly not the vast majority of women 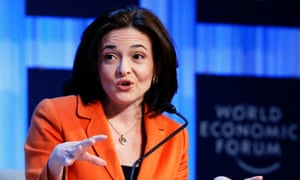 Facebook’s Sheryl Sandberg: ‘Want it enough, say these these wealthy women, and you can achieve anything.’ Photograph: Pascal Lauener/Reuters

The £119,000 threshold is what it takes to become one of the UK’s super-rich, the top 1% of earners in the country. They are concentrated in sectors such as finance and business, and between them they are worth more than £250bn to the UK’s economy. It also just so happens that only one in five of them are women, according to new research released by the LSE.

This should be of little surprise to anyone, given that gender inequality continues to permeate every sphere of life, the upper echelons of the corporate world included. Under-representation is rife, old boys’ networks persist, and a pay gap emerges as a result. It’s just one manifestation of a social order in which women are marginalised. 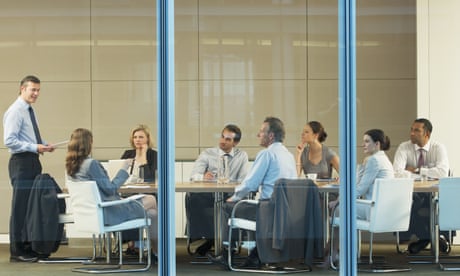 But while this is undoubtedly frustrating for the individual women held back by a glass ceiling at the very top of their careers, it’s difficult to see it as a key feminist issue in the context of the visceral economic inequalities facing the UK’s most disadvantaged women.

This brand of “corporate feminism” concerned with women in boardrooms and the equal distribution of millionaires has gained much attention over the last few years, in large part due to the “lean in” philosophies of top businesswomen such as Facebook’s Sheryl Sandberg and Yahoo’s Marissa Mayer. Work hard, dream big, want it enough, say these these wealthy, white, highly educated women, and you can achieve anything.

It’s attractive as a marketing exercise for gender equality: the onus is on individuals to just try a bit harder, while systemically unequal structures keep ticking along in the background.

Inevitably, individual women predisposed to make it by privilege do so, and are held up as role models for “having it all”. But structural barriers and societal inequality don’t just evaporate when you set your mind to something. And, as a real model for women’s liberation, it fails.

Evidence shows that an increase in women business leaders has little impact on anyone but the women leaders themselves. It’s a work promotion dressed up as a feminist campaign.

This, then, is the issue with framing the under-representation of women among the super-rich as a feminist issue. Economic inequality is indeed a key force in marginalising women, but it’s not because we’re having to remortgage a mansion to pay for a cruise. Rather, women are more likely to be reliant on social security and insecure work, and thus end up hit hardest by austerity measures. We’re more likely to have caring responsibilities and financial dependants but less likely to control the household’s finances.

In employment terms, too, there are very real feminist issues to be addressed: cuts to legal aid that disproportionately affect women; the fact that we’re over-represented in the low-paid service industries, or indeed the unpaid domestic one. The plight of wealthy, employed women frustrated in joining what is essentially an elite private members’ club somewhat pales in comparison.

It’s Equal Pay Day. It took us 69 extra days to catch up to the men

If capitalism plays a key role in sustaining gender inequality in all of these ways, it follows that a focus on women in corporate leadership may not just be naive and ultimately useless, but in fact a completely false flag. It’s a mantra that feminism is about nothing more than equality with men, but at its logical conclusion this suggests that the appearance of women in any space currently dominated by men is a success in and of itself.

In fact, big corporations and structural inequality are entangled in a symbiotic relationship that will never be addressed by individual women filling the moulds of the men before them. Feminism should challenge this inequality at its roots, rather than simply change its figureheads.

The significance of the LSE’s research for feminists, then, should be in what it says about gross economic inequality rather than the limited financial ability of the most privileged women to oppress others. A worthwhile feminist focus would be on the redistribution of wealth to redress the gendered effects of poverty and employment.

Indeed, aiming for a society in which everyone has enough to survive would seem a more pressing priority than making the rich richer. Because for as long as the vast majority of women make little more than £119,000 in their entire working lives, the genders of those doing so in a year mean very little in terms of feminist progress.