Ministers and academics from France, Ethiopia, Pakistan, Italy, Hungary and UK will vie to succeed Margaret Chan as director general in July 2017 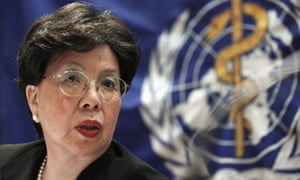 Margaret Chan will step down next summer after a decade at the helm of the World Health Organisation. Photograph: Kim Hong-Ji/Reuters

Six candidates from Africa, Asia and Europe – including one Briton – have been nominated for the position of director general of the World Health Organisation, at a time when experts have emphasised the need for the agency to prove it can be “transparent and accountable” to the public. 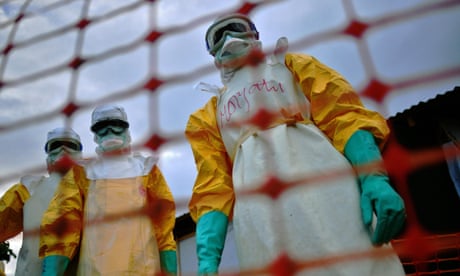 The director general is the WHO’s chief technical and administrative officer, and oversees the organisation’s international health work. The successful candidate will take office in July 2017 and replace the incumbent Dr Margaret Chan, who has held the position since 2006.

Experts believe the nominees will face a tough task in proving to the international community that the WHO is still competent as an agency delivering global health, particularly given the criticism it received after 11,000 people died during the Ebola outbreak.

“The next DG has a narrow window in which to change the narrative about the WHO,” said Ashish Jha, director of the Harvard Global Health Institute and co-author of a report calling for urgent reform within the agency. “It has become an organisation that, when faced with real challenges, cannot perform.”

While Africa has openly backed Ethiopian candidate Tedros, the discussion over who should succeed Chan should focus less on “Whose turn is this?” and more on which candidate will most benefit the organisation, said Jha.

“The world needs an effective WHO – there’s no way around that,” he added. “There are things only the WHO can do. Instead of thinking about creating entities that will fill in the gaps, it is in our interest to make sure the WHO can fill those gaps itself.”

A former cardiologist, the Frenchman is currently a UN special adviser on innovative funding for development, and has been lauded for his work in promoting the millennium development goals and raising money for Unitaid to fight HIV, malaria and tuberculosis.

A long-time senior Ethiopian government official, Tedros is a popular minister and a member of the country’s most powerful political party. Widely respected as a malaria researcher, he has a significant social media presence. Insiders say the moustachioed minister has excellent standing with donors and major development partners, and as health minister helped push forward delivery of basic services through the pioneering “health extension workers” programme. He is also backed by a number of African governments, who have joined forces to help fund his WHO candidacy.

Dr Nishtar is one of only two women in the running. PHOTO: TWITTER

One of only two women in the running, Nishtar is founder and president of Heartfile, a health thinktank, and co-chair of the WHO’s commission on ending childhood obesity. As a former federal minister in the Pakistan government, Nishtar has thrown herself wholeheartedly into her nomination, and is the only candidate with a website devoted exclusively to her bid.

The Hungarian nominee, lauded as the first health minister to manage a full four years in office, has implemented a wide range of public health regulations, from banning smoking in public to adding a tax on food and beverages with added salt and sugar.

Nabarro trained as a doctor and has years of experience working abroad in child health and nutrition programmes in south Asia, east Africa and Iraq. His postings have included stints at DfID, the WHO and universities; the BBC even made adocumentary about his volunteer work during his gap year. The Briton calls himself “Dr Who” on his website.

Currently the WHO’s assistant director general for family, women’s and children’s health, the Italian has focused on developing policy for child and maternal health.A former clinician for children with disabilities, she has worked all over the world and has published a number of articles on public health, and women and children’s health.