CAIR Official Stands By Memorial Day Criticism of US Troops

By Ryan Mauro, Sun, May 29, 2016 claionproject.com  CAIR Official Stands By Memorial Day Criticism of US Troops

For the third year in a row, the executive director of CAIR’s San Francisco Bay Area chapter, Zahra Billoo, bashed the U.S. military on Memorial Day.

A top Council on American-Islamic Relations (CAIR) official took time out of her Memorial Day weekend to stand by her opposition to honoring fallen U.S. soldiers on the holiday and specifically took aim at Muslim-Americans who serve in the U.S. military. 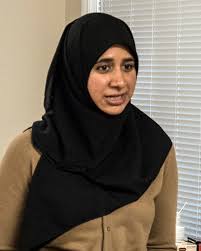 For the third year in a row, the executive director of CAIR’s San Francisco Bay Area chapter, Zahra Billoo, bashed the U.S. military on the holiday in which we are supposed to thank them for their sacrifices.

CAIR is a U.S. Muslim Brotherhood entity that was designated as a terrorist group by the United Arab Emirates in November. FBI wiretaps in 1993 reveal that CAIR was established to deceptively push the Islamist agenda. You can read more about CAIR’s background here.

Billoo stepped in hot water in 2014 when the Clarion Project broke the story about how she and other CAIR officials were suggesting that fallen U.S. soldiers shouldn’t be honored on Memorial Day. The result was major media attention and outrage from Muslims honoring Memorial Day.

She responded by retweeting a comment about supporting U.S. troops “who refuse service,” tweeting about U.S. “genocide,” rape within the military and accusing critics of sexism, racism and anti-Muslim bigotry.

This year, she reiterated that she is “proud” to stand by her inflammatory comments. Someone who says he served in the U.S. Army challenged her, asking whether Muslims who served alongside him are “good enough.” She replied:

CAIR should be ashamed of Billoo and her comments and its other officials who present our servicemen as bloodthirsty, modern-day Crusaders targeting the Muslim world, reinforcing one of the most dangerous Islamist propaganda themes.

If CAIR really loves our U.S. servicemen as true patriots must, then it would have been so repulsed that she would no longer be one of its most high-profile representatives.

But here we are, in the third year of Billlo and other CAIR officials disparaging the U.S. military around Memorial Day. CAIR will, predictably, claim it supports our troops, but actions speak louder than words.

Ryan Mauro is ClarionProject.org’s national security analyst, a fellow with Clarion Project and an adjunct professor of homeland security. Mauro is frequently interviewed on top-tier television and radio. Read more, contact or arrange a speaking engagement.