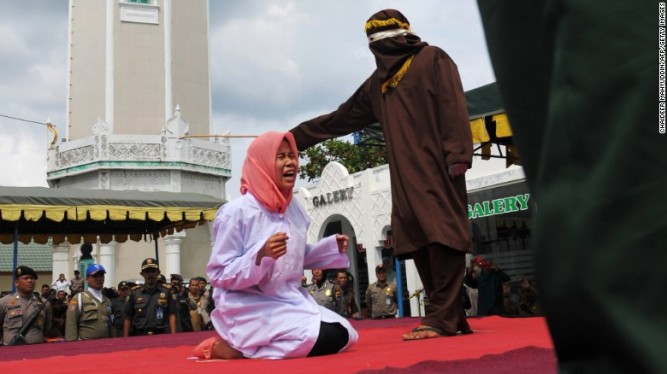 Jakarta, Indonesia (CNN)An unrelated man and woman who had been seen alone together were caned in public in Banda Aceh, Indonesia, for violating Sharia law, a police chief said.

Four others were also caned in the formal punishment Monday, according to the chief of police who leads a unit charged with finding people who violate Sharia law.

The form of Islamic law is enforced in a very strict way in the area, including prohibiting unmarried people of different genders from being alone together.

Two months ago the woman and man were arrested after authorities said they were seen alone in a guest room, said the Sharia police chief Yusnardi, who only goes by one name. A judge sentenced the two to caning.

The other four other people were caned for gambling, Yusardi said.