What? God Doesn’t Give Us More Than We Can Handle? 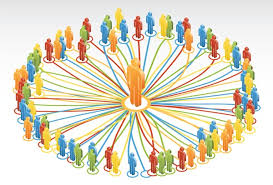 “I learned a long time ago not to use that phrase in an attempt to comfort someone else…But one thing I am confident of, we are not meant to struggle alone…(God means) for us to lean on those who love us to get us through and carry us when we fall.”

I don’t know how you might be tempted to live only for yourself.

I don’t what pain or burden you might be bearing.

But this I know. God is faithful, and God has given us one another.

When I hear someone say, “Well, God doesn’t give you more than you can handle,” the hairs on the back of my neck stand on end. My skin crawls as if someone has run her nails over a 1962 chalkboard.

I usually remain quiet because I realize that the statement is well intended. When we are at a loss for words in the presence of someone who is hurting, we reflexively recite religious rhetoric.

The rationale for the reassurance goes something like this: No matter how bad things seem, no matter how bleak the future appears, if we can just remember that God really doesn’t give us more than we can handle, we might be able to hang in there for another day. We might be able to take a deep breath and take another step forward.

It sounds good, but there is a slight problem. It doesn’t work! Instead of comforted, we often leave feeling dismissed and dejected.

If you are grieving the death of your son,

If you are struggling with infertility,

If your daughter has been deployed into a war zone,

If your marriage is crumbling,

If you are not sure how you will provide for your aging father,

If the conflict in your congregation has left you you exhausted,

If…well, a trite religious aphorism just doesn’t cut it. We need something else. We need listening ears and warm hearts and helping hands.

Not only is this clumsy cliché ineffective, it represents a misguided interpretation of scripture. This statement has its roots in a passage that Paul wrote to the church in Corinth: “God won’t let you be tested beyond your ability.” (I Corinthians 1:13).

Paul, however, is not addressing cancer or genocide or mental illness or divorce. Paul is talking about idolatry.

The Corinthians were a richly diverse but struggling congregation. They were trying to figure out how to live as disciples of Jesus in a city saturated with the worship of pagan deities.

“Come on, join us! We are worshipping Zeus at George’s house today. Serving up some tasty barbecue. It will be a lot of fun, and it’s a really cool way to network and add more people to your Facebook and LinkedIn accounts.”

Some of the Corinthians said to themselves, “What’s the harm? My faith is strong, and in Jesus I’m free. I’m liberated from the restrictions of the law. Who cares about Zeus? I don’t believe in him anyway.”

Paul responds, “Hey, be careful. Your baptism doesn’t immunize you against the virus of idolatry. You’re still going to be tempted to live for yourself not God, still tempted to serve success or money or status or popularity instead of serving Jesus. Be careful, and above all else remember that God is faithful. Even in those moments when you turn away from God, God won’t turn away from you.”

Somehow, this good news about the faithfulness of God has been distorted to mean that God won’t give us more than we can handle.

I recently asked some of the folks who receive my weekly vlog to share their opinion of this cliché.

One replied that in the past year her aunt had lost her son, husband, and brother. She added, “Too much to bear.”

Another shared the horror of her daughter’s suicide four years ago. People told her something long the lines of “God doesn’t give you more…” She understood that people were trying to be helpful but said she doesn’t have much faith in that. Instead, she clings to the hope that God is the “Almighty Comforter.”

Then, another, Angie, offered this gem. She said, “I learned a long time ago not to use that phrase in an attempt to comfort someone else…But one thing I am confident of, we are not meant to struggle alone…(God means) for us to lean on those who love us to get us through and carry us when we fall.”

Here, Angie exposes the great lie of that saying, namely, that struggling with temptation, suffering, sickness, indeed struggling with life is all up to us as individuals. When Paul says “you,” he means “y’all!” The “you” is plural. He is writing for a community, an interwoven web of relationships.

Years ago, I stopped by Bob’s house. Bob was a pillar in the church that I was serving. Affable. Pleasant. He had a terrific smile. At 77 years old, Bob was a lifelong bachelor.

I had no idea that he was struggling with more than he could bear all on his own.

My heart sank when we walked into his kitchen. It was filthy. I opened the door of his refrigerator, and a swarm of gnats flew out.

We in the congregation saw Bob and spoke to him every Sunday, but we were all shocked to discover that his mental health had so drastically deteriorated.

I called Frankie. “Frankie, Bob is living in a firetrap.” The next day Frankie and a few others hauled away a truckload of old magazines and newspapers.

I called Mary. “Mary, Bob is in bad shape, and I think he’s hungry.” She prepared him a meal and took it to him.

I called Beatrice. “Beatrice, Bob needs to be around people.” That Sunday, Bob joined her family for dinner.

In these and so many other ways, that congregation cared for Bob. They cared for him until he died of cancer a few months later.

I don’t know how you might be tempted to live only for yourself.

I don’t what pain or burden you might be bearing.

But this I know. God is faithful, and God has given us one another.