What Happens When Atheists Die?

Most nones have some kind of belief in God, spirituality or a higher power without attributing it to a specific religion, but unlike followers of many religions, they don’t always have a concrete belief in the afterlife. And among the nones, the increasing number of atheists by definition don’t believe in a spiritual existence after death.

I’ve been thinking a lot lately about the “nones” — theone in five Americans who answer “none of the above” when asked about religion on surveys — and how this growing segment of America’s population approaches the end of life. 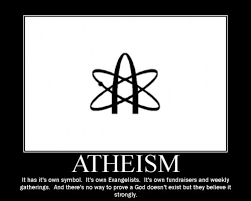