Centro Islámico, a hub for Latino Muslims near and far, breaks ground on expansion during Ramadan

‘We realize that there are people who have moved specifically because we’re building the only Spanish-speaking Islamic center in America,’ said Jaime ‘Mujahid’ Fletcher, chief executive officer and founder of IslamInSpanish. 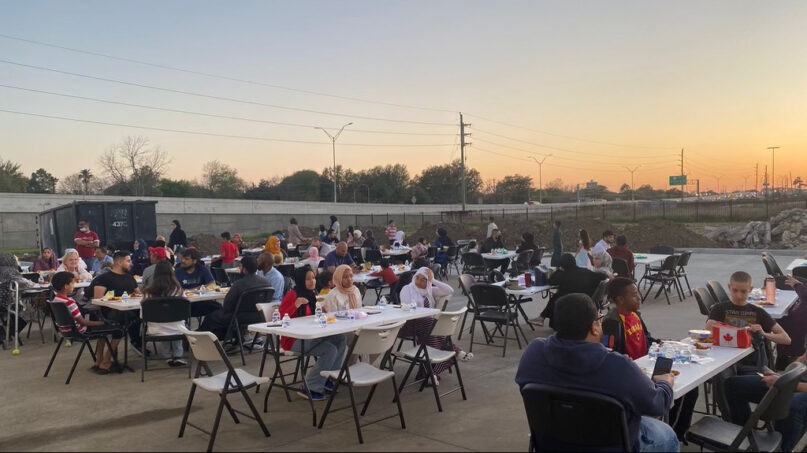 People congregate outdoors to break their Ramadan fast with an Iftar meal at Centro Islámico near Houston, Texas, in April 2022. Photo courtesy of Jaime “Mujahid” Fletcher

(RNS) — Jessica Disla committed to Islam in May 2020 through a livestream from her home in Bridgeport, Connecticut. It was the last week of Ramadan, just two months after the World Health Organization officially declared the COVID-19 outbreak a pandemic.

Mosques and houses of worship shut down as Disla — a Latina raised Catholic in the Washington Heights neighborhood in New York City — sought to better understand the Islamic faith. That’s when she learned about IslamInSpanish — an educational nonprofit based in Houston, Texas, that educates Latinos about the religion — and began taking their free online courses. Soon after, at one of the group’s virtual gatherings, Disla felt compelled to take her shahada, the confession of faith in Islam and declaration that Muhammad is a prophet.

“I was like, ‘I have to do this. I feel it in my heart. I have to accept Islam,’” said Disla, 42, who was also raised in the Dominican Republic. “It’s been wonderful ever since.”

Disla has since moved to Houston and, this year, is celebrating Ramadan in person at the nonprofit’s Centro Islámico, billed as the only Spanish-speaking mosque in the nation that’s led by Latinos.

RELATED: From Illinois to Puerto Rico, Latino Muslims navigate faith and quarantine among their non-Muslim families

This Ramadan marks a big shift for Centro Islámico. Not only are they seeing a rise in new attendees at the mosque now that they can gather more freely in person during the holy month, but after years of planning and several COVID-19 delays, Centro Islámico is undergoing major construction to expand on its 2.5-acre property in the Houston neighborhood of Alief. 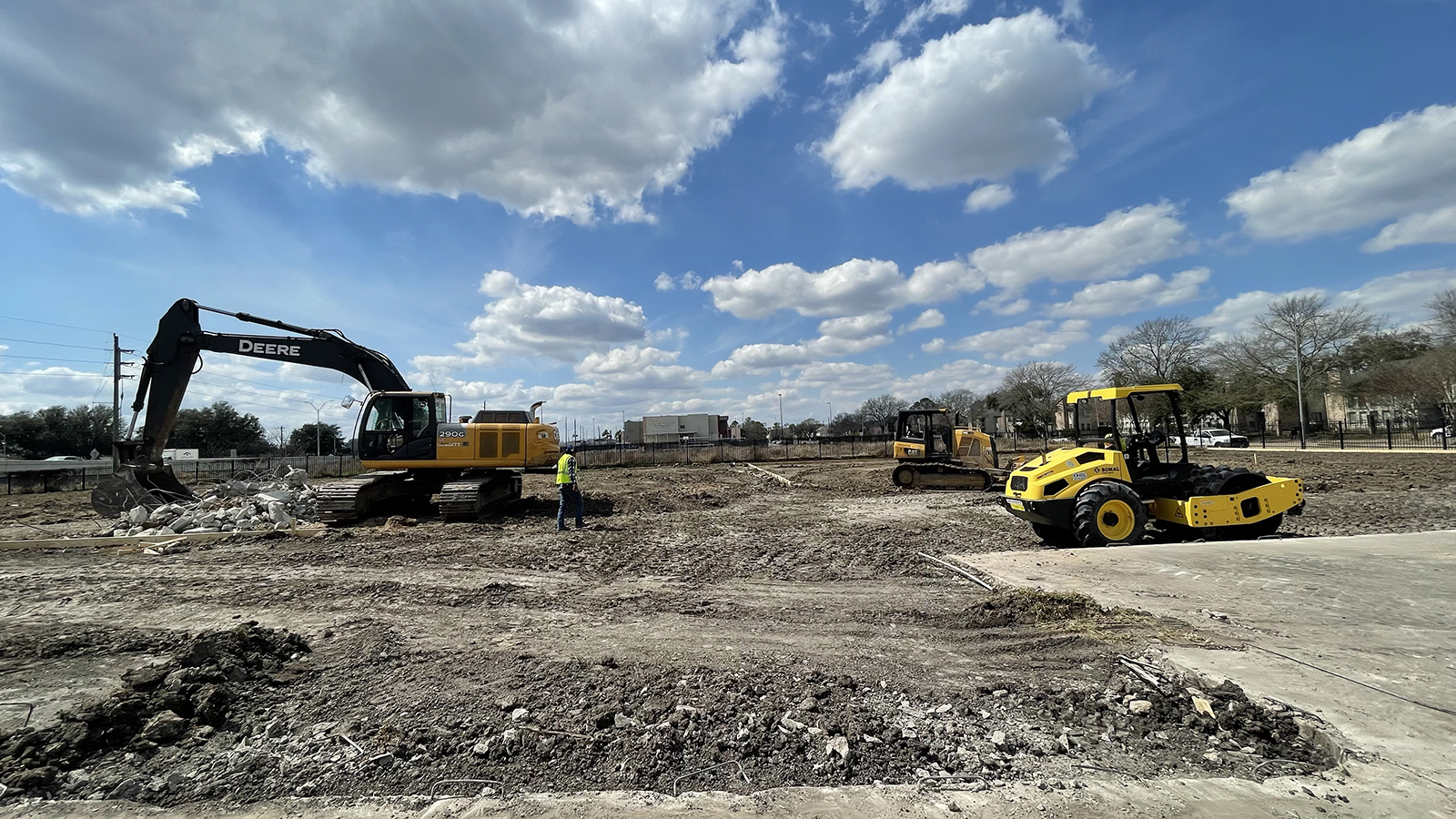 The mosque wrapped up a parking expansion just as Ramadan started and will now focus on the build-out of its 10,200-square-foot center.

Once complete, Centro Islámico will include a new prayer area, classrooms, event center, a cafe and lounge, as well as a new 3,600-square-foot production studio for producing its bilingual media content for distribution in English and Spanish. A new museum will highlight the contributions of Muslims from Spain and their achievements in medicine, mathematics, education and technology.

Outdoors will be a basketball court, a soccer field, a playground, a pavilion and a courtyard — that, like the museum, will be designed with Andalusian characteristics, including vaulted ceilings and water features. Costs of the improvements to Centro Islámico will total about $3 million, with $1 million left to raise, said Jaime “Mujahid” Fletcher, the chief executive officer and founder of IslamInSpanish.

Fletcher, from Colombia, envisions Centro Islámico as a model “that can be replicated in other major cities where Latinos and Muslims” live across the country. Their mosque, Fletcher said, is the only place in the nation, that they know of, where Friday sermon is delivered weekly in Spanish and broadcast throughout Latin America. A second Centro Islámico could potentially open in Dallas, where IslamInSpanish’s outreach center is located. 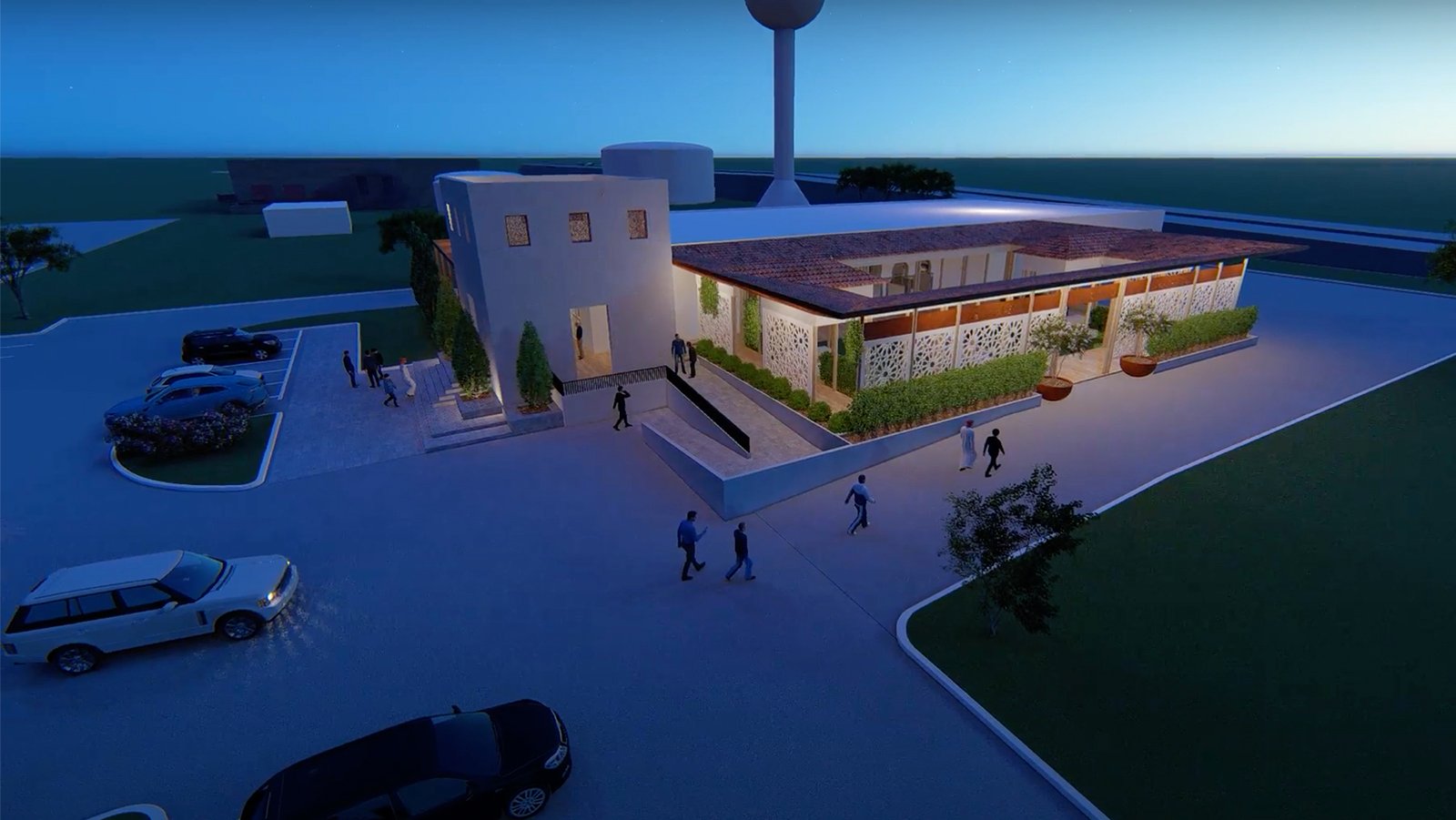 An artistic rendering of the Centro Islámico expansion in Houston, Texas. Courtesy image

“What we’re making here is a community,” Fletcher said in a video in March about the construction.

Fletcher sees the build-out as a new opportunity to help the public realize “who we are as Muslims, what Islam is and this unique juncture of being Latino, being Muslim and living in America.”

RELATED: ‘Becoming Muslim’ podcast asks converts, what happens after you see the light?

Latino Muslims are a growing community, with membership estimates ranging anywhere from 50,000 to 265,000 people out of the 3.3 million Muslims in the U.S., according to a 2017 report published in the Journal of Race, Ethnicity, and Religion. Most are concentrated in California, Texas, New York, New Jersey, Florida and Illinois. Many are former Catholics, and more mosques are now publishing Spanish literature.

IslamInSpanish has been doing this for more than two decades, producing and disseminating audio and visual media for Latinos to learn about Islam in Spanish. They operated in different mosques in the city before opening Centro Islámico. The group also seeks to educate others about the history of Islam in Spain, where Muslims influenced Spanish architecture, design, food and science. But while the nonprofit came out of a need to educate Latinos about Islam in Spanish, its programming is now also in English. Not all Latinos consume information in Spanish, and they also serve people who are Arabic, South Asian, Turkish and African American, Fletcher said.

As a response to the pandemic, the nonprofit began hosting weekly Facebook Live Q&A sessions every Wednesday during the month of Ramadan, answering questions in both English and Spanish. They offered virtual lectures, recorded prayers as well as daily Ramadan tips for converts.

This Eid al-Fitr — the festival that marks the end of Ramadan — Fletcher expects to see more people than ever before. People are yearning to be in community after the pandemic, yes, but the mosque has also gained new attendees who moved to Houston solely to be closer to Centro Islámico. They see Centro Islámico as a “safe haven,” Fletcher said, because during the pandemic “Islam was offered in a very practical way to cope.”

Fletcher said he’s had people come from Florida to see the mosque firsthand before making their decision to move. They’re coming from New Jersey, California, Chicago and New York. One man told him he contemplated making the move to Texas after having witnessed a man from Guanajuato, Mexico, commit to Islam at the center. 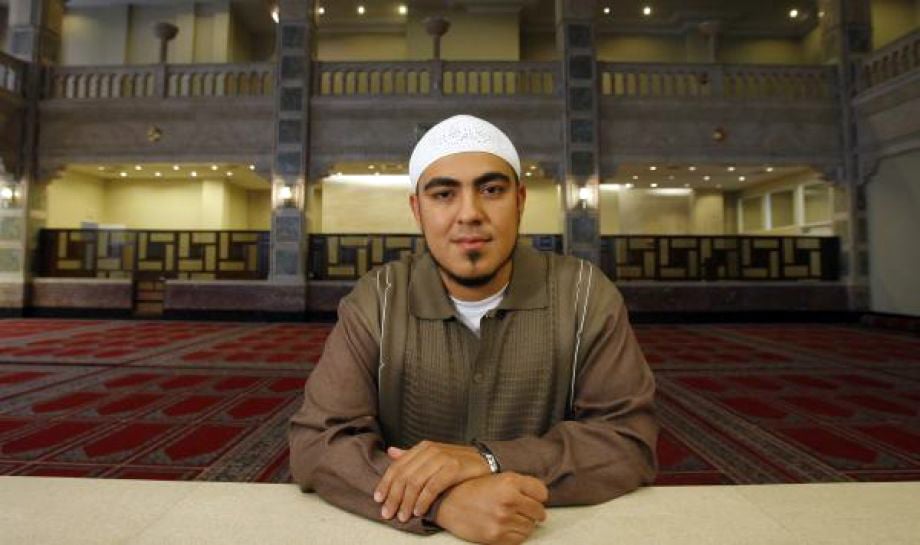 “We’re seeing this a lot,” Fletcher said. “We realize that there are people who have moved specifically because we’re building the only Spanish-speaking Islamic center in America.”

Disla is one such person.

With her family, Disla decided to move to Houston solely to be closer to Centro Islámico. Her husband, who is Puerto Rican, converted to Islam years before Disla made the same decision. He introduced her to the faith when they were just friends. A video he shared with her — about a Latina teen who converted to Islam with her mother’s blessing and despite her father’s objections — inspired her to move forward with her own commitment to Islam.

RELATED: At Orange County mosques, they come for the halal tacos and stay for the vaccination

Disla said her curiosity about Islam came from seeing how Muslims treated others.

“As Latinos, we’re raised to respect our elderly, to take care of our children — and a lot of cultures do — but as Latinos, we’re taught a lot of the things that Islam already teaches,” she said. An artistic rendering of the Centro Islámico expansion in Houston, Texas. Courtesy image

Islam also answered many questions she raised growing up Catholic. Disla often wondered, “How can Jesus be God and pray to God at the same time?” That question would upset Catholics, she said. Through Islam, Disla said she learned Jesus was a prophet and a human “brought down to guide the people of his time.”

“That’s all I needed to hear,” she said.

Disla dove into the Spanish and English Quran provided by IslamInSpanish, as well as their material that showed her how to pray and that taught her about the Prophet Muhammad. She still yearned for that personal connection, and with her husband, used some of their savings to visit Centro Islámico from New York during Ramadan in 2021.

Once there, they volunteered with drive-by Iftars and helped package meals for the unhoused.

“It felt like a family reunion of people that I haven’t seen in 15 years,” Disla said. “It felt familiar. It felt like family; it felt like home.”

Disla now lives permanently in Houston and is struck by the diversity of the mosque. It’s not just Puerto Ricans, Dominicans, Mexicans, Ecuadorians and Colombians, but also people from Pakistan, Palestine, and West Africa, she said. There are also many interracial married couples. Disla mentioned a boy from the mosque whose mother is Puerto Rican and whose father is half Pakistani and Albanian.

“It’s fun and it’s exciting,” Disla said. “It speaks of Islam, because Islam is for the world.”