Rohingya Muslims found on beach in Indonesia after weeks at sea

More than 100 Rohingya Muslims have been found on a beach in Indonesia’s northern province of Aceh after weeks at sea, officials said.

The group arrived on Jangka beach near Alue Buya Pasi, a fishing village in Bireuen district, early on Sunday.

The villagers who saw the 114 ethnic Rohingya on a rickety wooden boat helped them to land and then reported their arrival to authorities, Badruddin Yunus, the leader of the local tribal fishing community, said.

“They look very weak from hunger and dehydration after a long and severe voyage at sea,” he said. 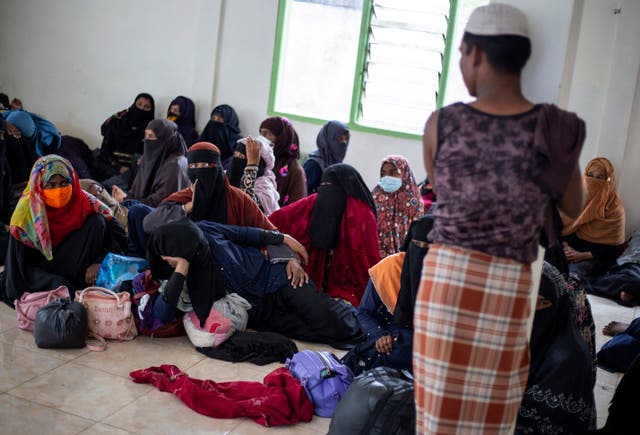 The refugees were said to be hungry and weak after their arrival in Aceh, Indonesia (Zik Maulana/AP)

It was not clear where the group was travelling from or to because none of them could speak English or Malay, he added.

The 58 men, 21 women and 35 children were given shelter and received help from villagers, police and the military, while local authorities including the coronavirus taskforce were helping to process them.

More than 700,000 Rohingya Muslims have fled from Buddhist-majority Myanmar to refugee camps in Bangladesh since August 2017, when the Myanmar military launched a clearance operation in response to attacks by a rebel group.

Myanmar security forces have been accused of mass rapes, killings and the burning of thousands of homes.

Groups of Rohingya have attempted to leave the crowded camps in Bangladesh and travel by sea in hazardous voyages to other Muslim-majority countries in the region. 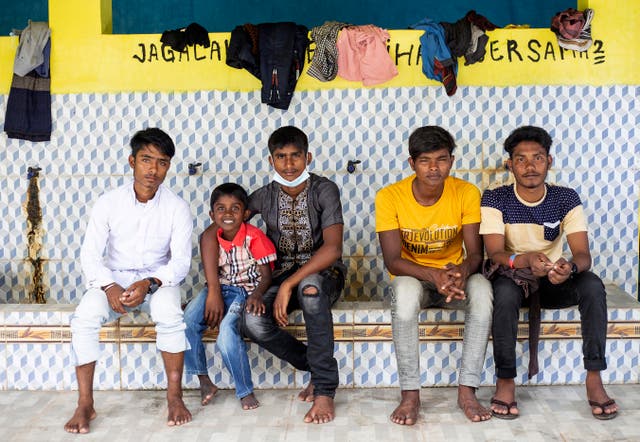 Muslim-dominated Malaysia has been a common destination for the boats, and traffickers have promised the refugees a better life there. But many Rohingya refugees who land in Malaysia face detention.

Although Indonesia is not a signatory to the United Nations 1951 Refugee Convention, the UNHCR said a 2016 presidential regulation provides a national legal framework governing the treatment of refugees on boats in distress near Indonesia and to help them disembark.

These provisions have been implemented for years, most recently in December when 105 Rohingya refugees were rescued off the coast of Bireuen, in the North Aceh district.