Recently unearthed statements from Israel’s founders endorsing ethnic cleansing and violence during the Nakba will only be shocking if you are not familiar with the long history of Zionist leaders and thinkers showing genocidal intent towards Palestinians.BY ZUBAYR ALIKHAN JANUARY 19, 2022 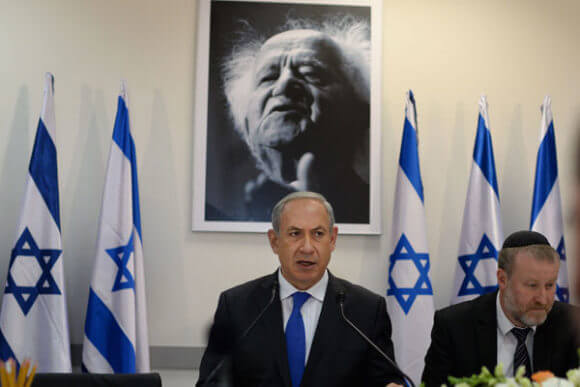 A technical glitch in Israel’s State Archives has revealed quotations from Israel’s founder David Ben-Gurion and Israel’s first agricultural minister Aharon Zisling stating that “we must wipe them [Palestinian villages] out” and that forgiveness was to be offered to Jewish forces found to have committed “instances of rape” against Palestinian women. These long-censored writings illustrate the brutal reality Palestinians have testified to, and been subjected to, since Al Nakba, or The Catastrophe, in 1947-48.

While the quotations are intensely disturbing, even more so is the apparent shock with which they have been received. Such reactions are only due to blatant disregard for the Palestinians’ powerful indigenous testimony, and ignoring the long history of statements from Israeli leaders themselves that reveal similar genocidal intent.

It is fact, beyond the realm of reasonable doubt, that the acts described in the United Nation’s definition of Genocide were committed en masse during the Nakba and continue today. During the Nakba, Zionist forces violently expelled over 750,000 Palestinians from their native lands, razed over 530 villages, cities, and towns, conducted numerous massacres (often hundreds of women, children, and men, per massacre), and raped countless native women—which Aharon Zisling, of course, would “forgive”. Thus, the only remaining factor to constitute genocide is intent. Here, Ben-Gurion’s uncovered statement is sufficient proof. What else does a written statement of the desire and perceived necessity to “wipe them [Palestinian villages] out” constitute, besides the intent to eradicate an ethnic, racial group?

Ben-Gurion answers such a question quite aptly, writing in a letter to his son in 1937, “we must expel the Arabs and take their place”. It was to be the complete annihilation and purging of a native people from their historic homeland, and the superimposition of what Ze’ev Jabotinsky, the founder of Revisionist Zionism, termed “alien settlers”, therein.

Ben-Gurion was not alone. The outed documents are perhaps the most recent exposition of Israel’s crimes, but are by no means, unique. Any objective reading of history—be it the diaries of Theodore Herzl (the father of Zionism), the drafting of the Balfour Declaration, or the works of Israel Zangwill (a primary proponent of cultural Zionism)—evidences the conclusion that the ethnic cleansing and genocide of Palestine in 1947-48 was deeply premeditated. The Zionist movement and its allies considered expelling the natives a fundamental necessity, for the aim of establishing an exclusively Jewish nation-state in Palestine. When proposed, the targeted land was extensively populated and nurtured by an indigenous Arab people. Hence, the establishment of an exclusively Jewish national state— even a state of Jewish dominance—required, necessarily, the expulsion of the land’s native inhabitants.

Theodore Herzl—in a typically colonial fashion—envisioned the genocidal regime that was to come as “representatives of Western civilization”, bringing “cleanliness, order, and well-established customs to this plague-ridden, blighted corner of the Orient” [1]. For Herzl, and the Zionist movement at large, these armies—which would carry out atrocities such as the massacre of Deir Yassin among many other villages—represented “a vanguard of culture against barbarism” [2]. Such sentiments lend insight into the ideological environment revealed by the leak—one nurturing the acceptance of rape and genocide against anyone deemed foreign.

Israel Zangwill took an equally devious approach, designating Palestine—a land then inhabited by over 700,000 Arab natives—to be “a country without a people”. Interestingly, this specific phrasing was first used by Christian Restorationists, who believed that Jewish dominance and control of the Holy Land was in accordance with biblical prophecy. The non-existence of the Arab natives was not based on the misconception that the land was truly vacant, but rather, that its residents were lesser beings, so incomplete in their ethnic and cultural makeup that they were not entirely human, if at all. The natives’ presence was hence irrelevant—an inconsequential obstacle in the path of European expansionism and colonization. Palestine, in Zangwill’s words, “was not so much occupied by the Arabs as overrun by them”. While still nauseating and obscene, the prospect of a once oppressed people forgiving “instances of rape” and wiping out entire populations becomes slightly more sanitized, when one strips the victims of their humanity. This dehumanization is precisely what the leaked documents exemplify.

The ensuing brutality would alter the course of Palestinian history irreparably. The vast majority of the indigenous, Palestinian populations were exiled, replaced by a regime defined by hatred, pre-eminence, and self-supremacy. In 1969, Moshe Dayan, Israel’s former Defense Minister and one of Ben Gurion’s generals, described the genocide:

“we came to this country which was already populated by Arabs, and we are establishing…a Jewish state…You do not even know the names of these Arab villages…because the geography books no longer exist; not only do the books not exist, the Arab villages are not there either…There is not one place built in this country that did not have a former Arab population”.

The abhorrent treatment of the Palestinians by the foreign-backed, invading Zionist forces—currently identifying themselves as, the state of Israel—was, in the views of countless Palestinians, as well as Albert Einstein, Hannah Arendt, and even Aharon Zisling himself, something mirroring the demonic horrors of National Socialism which had gripped Germany only a few years prior.

Unsurprisingly, the perpetrators would attempt to conceal their crimes, however this crucial information—albeit hidden and downplayed—has long been available to the public. Hence, any shock evoked by Ben-Gurion and Aharon Zislings’ quotes, is unjustified. Rather, the exposed documents should only serve to further substantiate and bolster the already well-established history and pre-existing Palestinian narrative on Israel’s ongoing reign of terror, and particularly, its violent settler-colonial birth through the Nakba—an atrocity which continues to this very day.