Iran struck a maximalist tone Tuesday after just one day of restarted talks in Vienna over its tattered nuclear deal, suggesting everything discussed in previous rounds of diplomacy could be renegotiated. 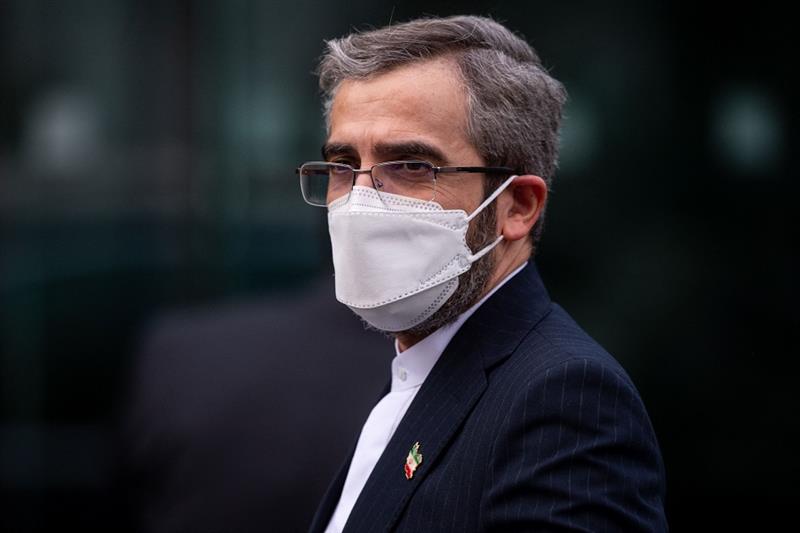 Iranian state media reported the comments by Ali Bagheri, Iran’s top nuclear negotiator, and Mohammed Eslami, the country’s civilian nuclear chief. It remained unclear, however, whether this represented an opening gambit by Iran’s new hard-line president or signaled serious trouble for those hoping to restore the 2015 deal that saw Tehran strictly limit its enrichment of uranium in exchange for the lifting of economic sanctions.

The United States left the deal under then-President Donald Trump’s “maximum pressure” campaign against Tehran in 2018. Since the deal’s collapse, Iran now enriches small amounts of uranium up to 60% purity, a short step from weapons-grade levels of 90%. Iran also spins advanced centrifuges barred by the accord, and its uranium stockpile now far exceeds the accord’s limits.

President Joe Biden has said America’s willing to re-enter the deal, though the negotiations continue with U.S. officials not in the room as in previous rounds of talks since Washington’s withdrawal.

Speaking to Iranian state television, Bagheri referred to the previous rounds of talks only as a “draft.”

“The talks (in Vienna) are about return of the U.S. to the deal and they have to lift all sanctions and this should be in practice and verifiable,” he said. He did not elaborate.

Talks in Vienna resumed Monday after an over five-month hiatus as hard-line President Ebrahim Raisi took power. Raisi, a protege of Supreme Leader Ayatollah Ali Khamenei, campaigned on getting sanctions lifted. However, fellow hard-liners within Iran’s theocracy long have criticized the nuclear deal as giving too much away to the West.

Iran’s comments Tuesday stood in stark contrast to the optimistic tone offered by the European Union diplomat leading the talks.

“I feel positive that we can be doing important things for the next weeks,” Enrique Mora told reporters on Monday.

Mikhail Ulyanov, Russia’s top representative to the talks, also tweeted Tuesday that the resumption of negotiations was “quite successful.”

“Participants decided to continue without delay the drafting process in two working groups – on sanctions lifting and nuclear issues,“ he wrote. “This work starts immediately.”

Israel, Iran’s regional, nuclear-armed rival, kept up its own pressure amid the negotiations. Israeli Prime Minister Naftali Bennett, in a video address delivered to nations negotiating in Vienna, warned that he saw Iran trying to “end sanctions in exchange for almost nothing.”

“Iran deserves no rewards, no bargain deals and no sanctions relief in return for their brutality,” Bennett said in the video that he later posted to Twitter. “I call upon our allies around the world: Do not give in to Iran’s nuclear blackmail.”

Iran maintains its atomic program is peaceful. However, U.S. intelligence agencies and international inspectors say Iran had an organized nuclear weapons program up until 2003. Nonproliferation experts fear the brinkmanship could push Tehran toward even more extreme measures to try to force the West to lift sanctions.