The administration in Pakistan allegedly demolished three of the four churches along Karachi’s Gujjar Nullah during an anti-encroachment drive on Sunday. 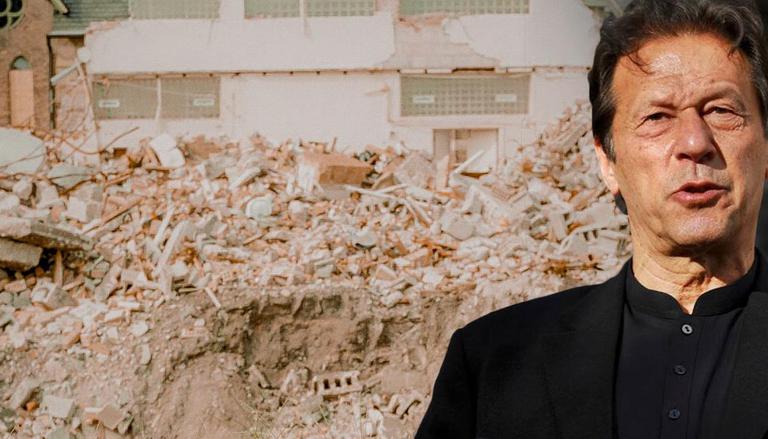 In a setback to the Christian community in Pakistan, the administration allegedly demolished three of the four churches along Karachi’s Gujjar Nullah during an anti-encroachment drive on Sunday, August 29, The Dawn reported. The report termed it as yet another example of systematic state persecution of minorities in Pakistan and how they continue to face unending violence, intolerance and discrimination. The incident happened just after Sunday’s service at the St Joseph’s Catholic Church at Gujjar Nullah had wrapped up, while the church’s facade was already destroyed in the anti-encroachment drive, the Pakistani newspaper reported. After the demolition of the three Philadelphia Pentecostal Churches of the protestant Christian community, St Joseph’s Catholic Church is now the only church left in the Gujjar Nullah, according to the newspaper.

Locals see it as more than just losing faith

Speaking to the newspaper, Rehana Sohail, a resident of Karachi, said that there used to be more than 150 people gathered in the area every Sunday and it would get difficult to accommodate them all, but now there are barely 20-30 people. Terming it as more than just losing faith, he stated that the elderly are afraid of the remaining structure falling on them and most women don’t come anymore due to lack of privacy after the facade was broken two weeks ago.

“We wanted to rebuild our church and raise a new wall in the front but then we were informed that Frontier Works Organisation people will be coming to do their own survey. This is how it has come under various surveys and new cuttings,” he told Pakistani newspaper, adding bit-by-bit the church is vanishing. Arif Sardar, another resident of the area, said that if people argue with administrators, they demolish more portions as a punishment. “So we are left with no options but to allow them to do as they wish without uttering a word,” he added.

Religious minorities are subject to atrocities in Pakistan

Pakistan’s population comprises 96 per cent of Muslims. Although, minorities like Christians, Hindus, and Ahmadis make up about 3.8 per cent of the population about 50 per cent of reported blasphemy cases are filed against them. According to the NCJP, 633 Muslims, 494 Ahmadis, 187 Christians and 21 Hindus have been accused since 1987, reported FRANCE 24 Observers. A large proportion of the Christian community belongs to lower socioeconomic backgrounds, is poorly educated, and takes up low-paid manual labour. According to the latest figures (1987-2018) from the National Commission for Justice and Peace (NCJP), a total of 229 Christians have been accused under various provisions on offences related to religion since 1987, reported Certified Plan Fiduciary Advisor (CPFA). In 2020, The United States Commission on International Religious Freedom (USCIRF) designated Pakistan as a “Country of Particular Concern” owing to its “systematic enforcement” of blasphemy and other controversial laws against religious minorities, reported ANI.