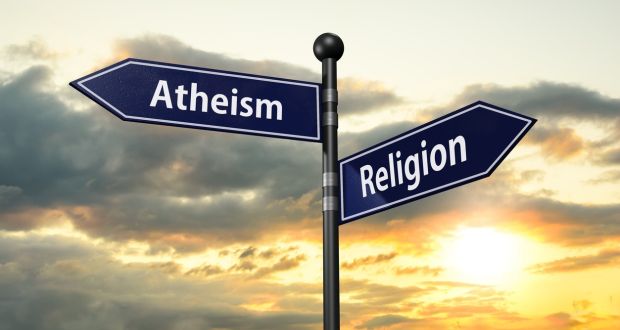 For the first time ever members of Atheist Ireland have been invited to meet a Lord Mayor of Dublin as part of the usual round of meetings that take place when a new occupant assumes the office.

It is customary for a new Lord Mayor of Dublin to meet the President, Taoiseach, Dublin’s two Archbishops, an Imam and Rabbi but this year she requested a meeting with Atheist Ireland also.

Welcoming the invitation, Ms Donnelly said “it was at her initiative and never happened before”. She felt it important that the Lord Mayor had placed Atheist Ireland on a par with the religions as, so frequently, atheists are portrayed as people of no belief, which was not the case. It had placed “religion and beliefs on a par”, she felt.

Mr Nugent noted how “we are often described as people of ‘no belief’ or as ‘nones’, which is not true. We have positive beliefs,” he said.

They were “very pleased” at the meeting, where discussion centred on “the importance of recognising atheism and other non religious philosophical convictions as having the same positive status as religious beliefs” he said.

Separation of church and State

They also discussed “our alliance with the Ahmadiyya Muslim community and the Evangelical Alliance of Ireland regarding secular education, human rights and separation of church and State”.

He remarked how so often people called for engagement between religions and the secular, “but we’re the only ones doing so.”

According to the 2016 census, people of no religion (including atheists and agnostics) in Ireland numbered 481,388, or 10.1 per cent of the population. It represented an increase of 73.6 per cent on the 2011 census figure.Learn more

With an average age of 34, it was also the second largest grouping in Ireland after Roman Catholics and exceeded the numbers for all those affiliated to the other Churches and faiths in the State. In Dublin people of no religion then made up 48 per cent of those in the 24 to 29 age group.

Tagged as: atheists, separation of church and state