Right to Freedom of Belief Under ‘Sustained Attack’ in Pakistan, Warns ICJ 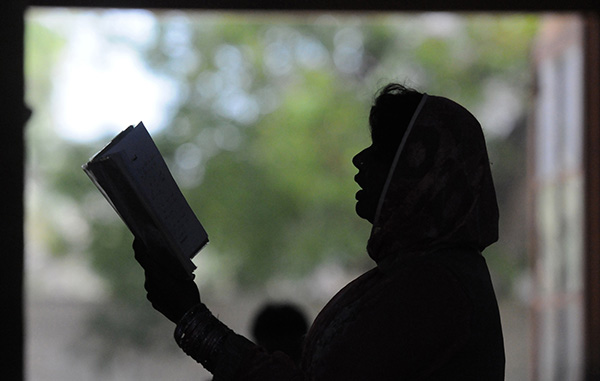 Pakistan must urgently respond to serious and ongoing persecution of citizens from religious minority groups by state and non-state actors, the International Commission of Jurists (ICJ) said last week.

“The Pakistani authorities have shamefully failed to address repeated calls to curb the longstanding violations of the right to freedom of religion or belief, including many instances of persecution of religious minority groups,” said ICJ Secretary-General Sam Zarifi in a statement issued alongside a new briefing paper that analyzes and recommends mitigation of violations of the right to freedom of belief in Pakistan in the following contexts:

“It is time the Pakistani authorities take these human rights abuses seriously—dismissing the truth about the persecution of religious minorities in Pakistan and calling them ‘isolated incidents’ that are used to give a bad name to the country only emphasizes the failures of the Pakistani government,” said Zarifi, referring to statements by multiple government officials that attempt to paint abuse of minorities as aberrations rather than the product of decades of discrimination.

The briefing paper notes that the state has failed to prevent and respond to violence and discrimination by non-state actors against religious minorities, in particular the Shia Muslim community; provided inadequate protection and application of personal laws of religious minorities; and compelled individuals from religious minorities to receive Islamic religious instruction in public schools.

It also stresses that this condemnation is nothing new, noting that U.N. human rights mechanisms and experts have “for years” expressed concern regarding violations of freedom of religion or belief in Pakistan. “Both the Human Rights Committee and the Special Rapporteur on freedom of religion or belief have previously recommended that Pakistan should repeal or amend its so-called blasphemy laws, in accordance with the country’s human rights obligations,” it added.

Recalling that even though Pakistan’s Constitution mandates Islam as the state religion, it also acknowledges the rights of people to practice other religions. “In a landmark 2014 judgment, Pakistan’s Supreme Court clarified and expanded the scope of the right to freedom of religion or belief in the Constitution in light of international human rights law. The Court explained that ‘religion’ cannot be defined in rigid terms, and held that freedom of religion includes freedom of conscience, thought, expression, belief and faith, and that each citizen of Pakistan is free to exercise the right to profess, practice and propagate their religious views, even against the prevailing or dominant views of their own religious denomination or sect,” it added, regretting that had not been implemented in practice.

To ensure the protection of minorities’ rights in Pakistan, the ICJ has put forward several recommendations: