US says it supported efforts to end the conflict in Yemen

The Saudi initiative includes a comprehensive cease-fire, the reopening of Sanaa airport, and resuming the political process. (File/AFP) 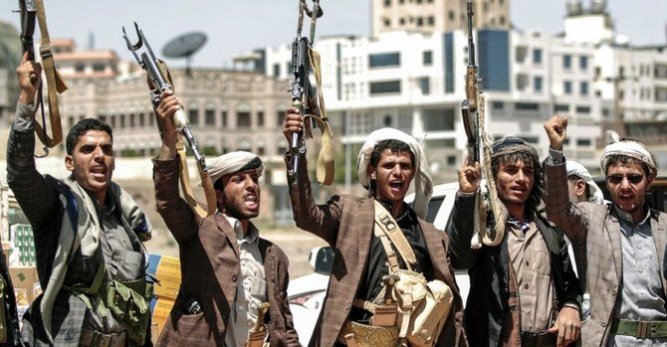 The Saudi initiative, which includes a comprehensive cease-fire and the reopening of Sanaa airport, was announced by Foreign Minister Prince Faisal bin Farhan. The plan would also ease restrictions on Hodeidah port and resume the political process.

Haq said the UN’s special envoy Martin Griffiths had been working to secure a nationwide cease-fire, reopen the airport for civilian aircraft and restart talks.

“There’s no doubt that every effort must be made to end the conflict in a Yemen and address the suffering of the Yemeni people and the UN looks forward to continue working with all the parties to achieve this goal,” he said.

Guterres himself welcomed the initiative, during a phone call with the Kingdom’s ambassador to the UN Abdallah Al-Mouallimi.

Guterres affirmed his support for the initiative and toward reaching a comprehensive political solution, adding that this initiative is in line with the UN’s initiatives and efforts in solving the crisis.

The new initiative to end the six year war also drew support from the international community.

During a phone call on Monday, US Secretary of State Antony Blinken told Prince Faisal that Washington supported efforts to end the conflict in Yemen, “starting with the need for all parties to commit to a cease-fire and facilitate the delivery of humanitarian aid.”

Blinken said Washington is committed to supporting Saudi Arabia’s defense and “strongly condemned recent attacks against the Kingdom’s territory from Iranian-aligned groups in the region.”

US envoy to Yemen Tim Lenderking welcomed Saudi Arabia and the Yemeni government’s commitment to a cease-fire and political process.

“We hope the parties negotiate the remaining details of a cease-fire to ease the suffering of the Yemeni people and transition to a Yemeni-led political process,” he added.

UK Foreign Secretary Dominic Raab welcomed the announcement and called for a nationwide cease-fire and action to ease humanitarian access restriction.
“The Houthis must now match the steps toward peace and an end to the suffering of the Yemeni people,” said Raab.

He praised Saudi Arabia’s efforts to support Yemen’s security and stability, and Oman’s positive role to end the Yemeni crisis.

He said GCC countries were keen to provide all aspects of support to the Yemeni people and see Yemen return as a strong and active member of the Gulf and Arab community in a way that “preserves the country’s security, unity, independence and territorial integrity.”

Arab League Secretary-General Ahmed Aboul Gheit called the initiative a “positive step” toward a political settlement in Yemen, and the main points represent a starting point for a comprehensive dialogue and a balanced treatment of the concerns of all the parties.

Aboul Gheit called on the Houthis to put aside any private interests or foreign agendas, and to seize the opportunity and initiate a comprehensive political dialogue that ends the crisis.

Adel bin Abdulrahman Al-Asoumi, speaker of the Arab Parliament, said the initiative includes a clear road map that applies a practical and specific vocabulary, and represents a valuable opportunity for a final and comprehensive solution to the Yemeni crisis.

The UAE said the initiative represents a valuable opportunity for a comprehensive cease-fire in Yemen, and will pave the way toward a lasting political solution.

UAE Foreign Minster Sheikh Abdullah bin Zayed urged the international community to join efforts to adhere to this initiative and the cease-fire by all parties.

He also praised Saudi Arabia’s pivotal role in implementing the Riyadh Agreement, forming the new Yemeni government, reaching a political solution and speeding up efforts to end the Yemeni crisis.

Kuwait said it welcomed and supported the initiative and called on the Yemeni parties to “fully adhere to it in order to launch consultations between the parties to reach the desired political solution.”

Bahrain’s foreign ministry commended the Kingdom’s “honorable positions in support of Yemen, its constant endeavor to restore security and stability, and the aid and humanitarian assistance it has provided.”

Egypt said the initiative works to prioritize the interests of the Yemeni people and to create an atmosphere to resume the political process.
The foreign ministry called on all Yemeni parties to respond to the initiative in order to stop the bloodshed and support efforts to bring peace to Yemen.

Jordan’s Foreign Minister Ayman Safadi said the plan was an integrated proposal in line with international resolutions that reflected Saudi Arabia’s concern for the security and stability of Yemen and the region.

Safadi met the UN’s Griffiths on Monday to discuss efforts to reach a political agreement to end the war.

China’s embassy in Yemen said it appreciates the Kingdom’s tireless efforts to resolve the conflict.

“We hope that all parties will make joint efforts and move in the same direction in order to reach a comprehensive political solution under the auspices of the UN,” the embassy said in a tweet.