French minister complains about being unable to close mosques 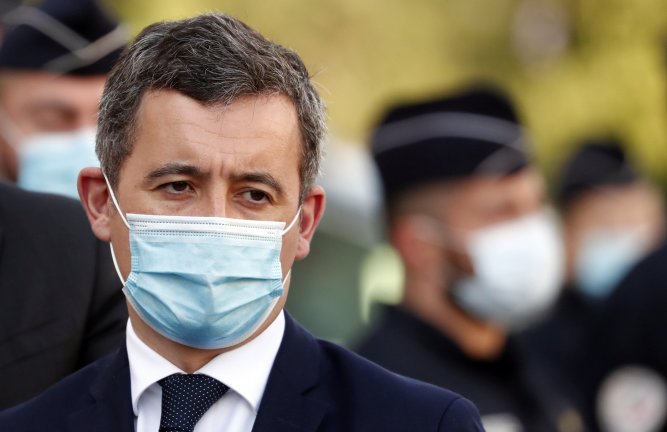 French laws prevent the state from closing down mosques, Interior Minister Gerald Darmanin said in a statement late Wednesday in response to a question about mosques with alleged links to terrorist groups.

“The laws of the Republic do not let us close down these houses of worship,” he said.

The minister also said that out of 2,500 mosques in France, 89 of them are suspected of having links to such groups.

Darmanin stated that France has shut down 17 of these mosques so far over the grounds of “violation of security laws.”

The minister also complained that the current French laws only allow the government to close down mosques if the terrorist affiliation is proven or due to lack of proper conditions for a public domain.

Darmanin said that the current laws put the government in a “difficult position.”

Islamophobia is on the rise in Europe in general, and particularly in France as the government has been waging a war against what it deems “radicalization.”

Recently, a school in Paris that allowed students of all faiths the liberty to wear religious symbols – headscarves for Muslims, kippahs for Jews and crucifixes for Christians – was raided by French police in the country’s latest clampdown on human rights.

France’s lower house of parliament also approved recently a law to fight extremism and so-called “Islamist separatism” that the government bills as a riposte to “religious groups attempting to undermine France’s secular traditions.”

President Emmanuel Macron’s centrist party rallied around the legislation, with 347 National Assembly lawmakers voting in favor, 151 against and 65 abstaining.

Prominent NGOs, lawyers and religious bodies called on the OHCHR to act on France’s “breadth of state abuse against Muslims” that has been raging in the country for over two decades. The coalition accuses the French government of violating “a number of basic rights that are protected in legislation that is ratified by Paris.”

The statement also alleged that the French government weaponized “laicite,” the French version of secularism, to justify the intrusion of the state in the religious and political practices of Muslims.