Neither Obama, nor Trump should claim victory over Daesh

Donald Trump has repeatedly claimed credit for liberating vast stretches of Syria and Iraq from Daesh, and during the heated US election campaign has tried to pose as the sole “liberator”. This is, of course, another of Trump’s fictions. Writing on The Conversation website, Brian Glyn Williams, a scholar tracking Daesh and its affiliates, shows that Obama and Trump can each claim half the credit for the US contribution to the campaign. Williams also produces maps to prove this and points out that the Russian-Syrian alliance has liberated from Daesh as much Syrian territory as the US.

In mid-June 2014, the Obama administration launched operation Inherent Resolve in Iraq and followed up with operations in Syria at the end of September. Washington acted concert with dozens of non-Arab allies, most of which did not contribute greatly to the campaign. The exception, of course, was ground troops. In Iraq, these were supplied by the undermanned and overstretched Iraqi army, which received training from both US and Iranian advisors, and by the Hashd Al Shaabi, the Popular Mobilisation Units, formed by largely pro-Iranian militias at the instigation of the country’s Grand Ayatollah Ali Sistani. In Syria, ground forces were provided by the Kurdish-dominated Syrian Democratic Forces (SDF) which had, prior to the US intervention, turfed Daesh out of the Kurdish town of Kobani and battled Daesh in the Syrian-Turkish border region.

The boots-on-the-ground in both countries did almost all of the fighting while the US and its Western allies bombed from the air, at great height over Daesh-held cities, towns, villages and countryside. The Iraqi army and Hashd Al Shaabi fatalities have not been reported but should number in the tens of thousands. The SDF has claimed 11,000 fighter fatalities, mostly Kurds. The US lost 54 soldiers in Iraq and fewer than a dozen in Syria in the anti-Daesh campaign.

Therefore, the real victors in the war against Daesh were fighters on the ground rather than foreign airmen, who provided cover for the fighters. Neither Barack Obama nor Donald Trump should claim victory.

Furtherore, both US commanders-in-chief should express shame. Obama because he waited for a full year to tackle Daesh, which established control over the central Syrian city of Raqqa in mid-2013 and swept out of Syria into western Iraq in early 2014, capturing key cities and towns, culminating in the conquest of Mosul, Iraq’s second city in June 2014 and the massacre of Yezidis in the Sinjar region of Iraq. Obama intervened only when Daesh’s caliphate, proclaimed that month, embraced 20 per cent of Syria and 40 per cent of Iraq and ruled over an estimated 12 million people. Few politicians and commentators have criticised Obama for waiting to take action against Daesh. If the US had intervened earlier, the campaign against Daesh would have involved fewer forces and been over well before April 2019. Trump should be criticised because he used and then betrayed SDF when, in October last year, he ordered the withdrawal of most of the 1,000 US troops remaining in Iraq. This decision dismayed the commanders in the field and diplomats at home. While Daesh had lost the last tract of territory it held, hundreds if its fighters remained in the desert in eastern Syria and western Iraq and were regrouping in preparation for fresh attacks.

The Kurds accused him of leaving them to be “slaughtered” by Syrian militiamen allied to Turkey who were mobilised across the border and ready to move into a wide belt of Syrian territory inhabited by Kurds and controlled by the SDF, which Ankara accuses of being an offshoot of its own Kurdish militant organisation fighting for self-determination. As US troops pulled out, the Syrian fighters moved in, battling the less well armed SDF and driving hundreds of thousands of Kurdish civilians from their homes.

Trump could not say he did not know how Turkey would respond to a US pull-out, as Ankara had made it clear it intended to create a 30-kilometre “safezone” emptied of Kurdish fighters — and their families — on the Syrian side of the border. In the event, Trump persuaded Turkey to limit its occupation to a 100-kilometre stretch of Syrian territory rather than the entire border area and subsequently deployed some 600 US troops to “guard” the Syrian oil fields in eastern Deir Ezzor province.

Both Obama and Trump also made common cause with the Hashd Al Shaabi in Iraq, although the majority of militias comprising this force, which was larger than the Iraqi army, had been armed and trained by Iran’s Revolutionary Guard. Therefore, in the battle against Daesh, the US and Iran were allies. During this period, the US, Britain, France, Germany, China and Russia were in the process of negotiating the deal for the limitation of Iran’s nuclear programme in exchange for lifting sanctions. Consequently, relations between the US and Iran had improved and Iran expected to make major economic gains from the easing of the punitive sanctions regime. Peaceful coexistence between the US and Iran seemed have become a possibility.

Trump disrupted this period of calm by withdrawing from the nuclear deal in May 2018, destroying the positive atmosphere, and then reinstalling the harsh sanctions regime and imposing secondary sanctions on all governments, firms and individuals seeking to do business with Iran. Trump also ordered the assassination of Iranian Quds force Commander Qassem Suleimani and Hashd general Abdel Mahdi Al Muhandis, setting off a fresh wave of attacks by Shiite militiamen on US targets in Iraq. Relations between Washington and Tehran are now at their lowest ebb, while the Iranian economy is shrinking and Iranian civilians are suffering from poverty and the lack of medicines for dealing with rising covid infections. Due to Trump, the victory over Daesh has cost the Iranian people dear. 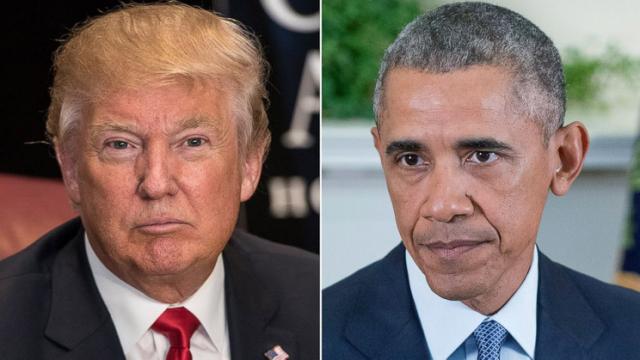