All about pomegranate, fruit of paradise, in Turkish cuisine 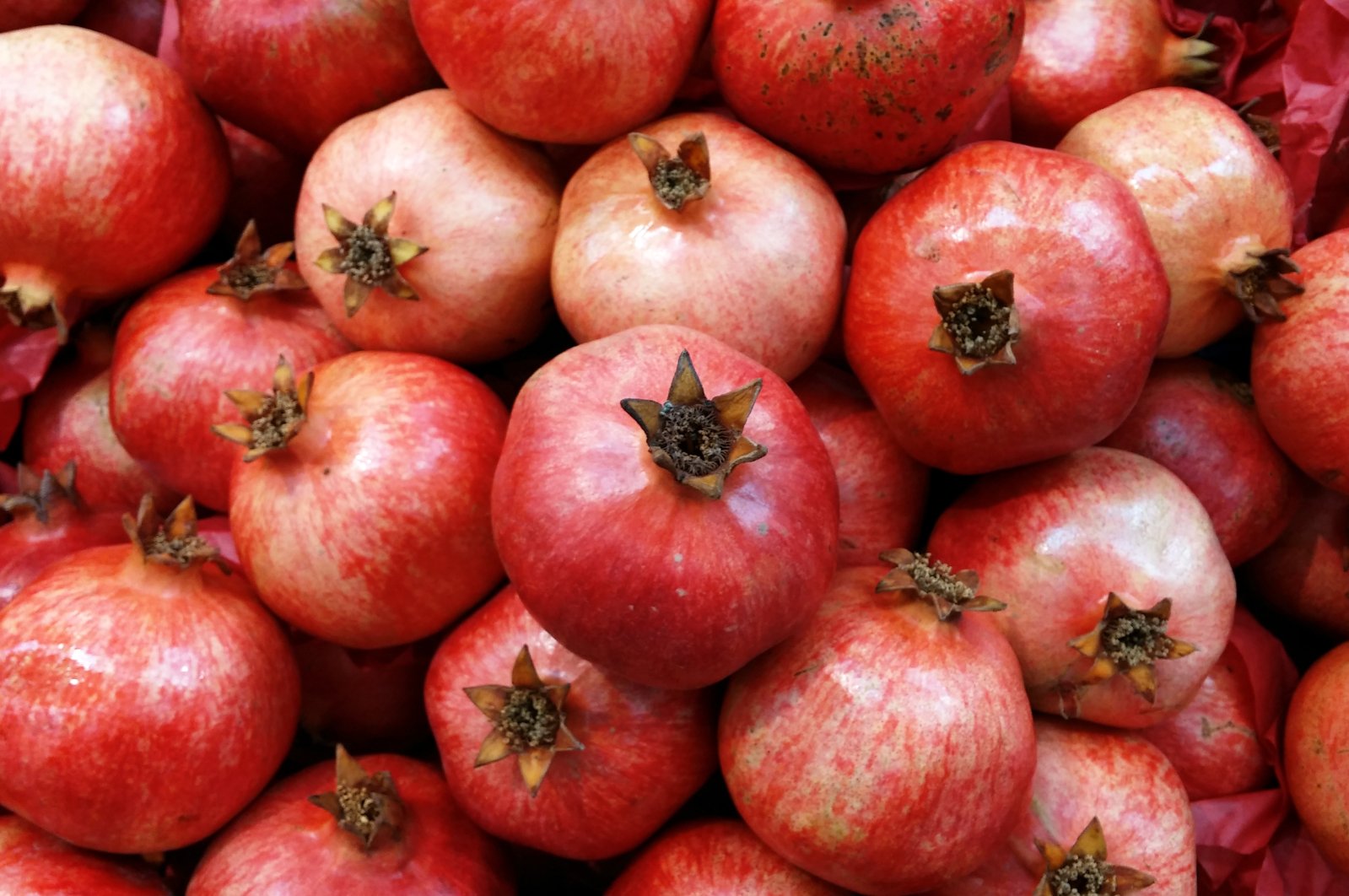 Did you know that while strawberries and raspberries are not actually classified as berries, pomegranates are botanically? (iStock Photo)

With pomegranate season officially underway and the two-week harvest window open in Turkey, the sweet yet sour fruit has started to grace tables across the country, and from the east to the west, it is the star of many traditional delicacies

The beloved pomegranate has always been one if not the most highly revered fruit in Turkey. Not only is it considered a symbol of luck and good fortune, but it is also one of the most nutritious and delicious fruits out there. One of the glories of the arrival of fall is preparing the popular pomegranate molasses for the winter pantry, drinking its ruby-red juice and feasting on its gem-like seeds.

The significance of pomegranates in the Mediterranean countries where they have been cultivated since ancient times is multifold. In Turkey, the pomegranate, or “nar” as it is referred to in Turkish, is considered to be a symbol of prosperity and abundance. Nearly every household will have some sort of pomegranate sculpture decoration, and it is a steadfast tradition to smash a pomegranate on the floor on New Year’s Eve or at weddings in the hopes it will bring good fortune. In Islam, the pomegranate tree is believed to have been a part of the Garden of Eden, and the fruit is mentioned three times in the Quran. In Christianity, pomegranates represent resurrection, and its symbolism is evident in devotional statues and paintings. In Judaism, pomegranates are consumed on the religious holiday of Rosh Hashana for its symbolism of fruitfulness, and it is believed that the fruit has 613 seeds, representing the commandments of the Torah.

The popularity of this blessed fruit is also on the rise in the Western world as more and more people begin to recognize the numerous nutritional benefits of consuming pomegranates such as their rich concentration of vitamin C and antioxidants. The juice of a single pomegranate contains up to 40% of our daily vitamin C requirement. It also contains vitamins B and K and is a good source of folate and potassium. The pomegranate is considered to be a strong anti-inflammatory food; its flavonoids were even found to decrease joint tenderness in arthritis patients. It is believed to provide the best fruit juice to protect the heart and lower blood pressure, and recent studies have shown that consuming the fruit may help prevent certain types of cancer as well as increase memory.

While most of us are more familiar with the prevalent blood-red variety, in Turkey there are both red and white pomegranate trees with the latter being sweeter and containing softer seed pods, which are referred to as arils. While the fruit is available from the end of summer into spring, in the next month in towns throughout Turkey, the widespread preparation of “nar pekmezi,” aka pomegranate molasses, will soon begin. It is usually a community affair as local women come together to prepare this special sauce in giant cauldrons. However, pomegranate molasses can also easily be prepared in the comfort of your home.

The molasses is prepared from the red pomegranate variety as it is more bitter and has rich red hues. Traditionally, there are no additives in the preparation of the syrup with the exception of a teaspoon of salt to approximately 5 kilograms (11 pounds) of pomegranates. The most painstaking part of the process is separating the arils from the white pulp as the pulp lends a bitter flavor. The arils are pressed and the juice is run through a sieve and then boiled down for at least an hour until it reaches a syrupy consistency. On occasion, sugar is also added to enhance the flavor. Pomegranate molasses is actually referred to in Turkish by two names – nar ekşisi and nar pekmezi, with the latter denoting the sweeter variation. And also, beware of the “nar ekşili sos” variety that is common in supermarkets; not only is it generally much lower in real pomegranate but it also contains a high percentage of sugar or other sweet syrups.

Çiğ köfte is a popular street food in Turkey and almost always served with some pomegranate syrup. (iStock Photo)

Pomegranate molasses is an important ingredient in Turkish cuisine and is used to dress nearly every salad and as a sweet and savory sauce to complement spicy dishes such as çiğ köfte, which are bulgur patties mixed with spices and consumed either in a tortilla-like flatbread referred to as lavash or simply wrapped up in a leaf of lettuce. Pomegranate molasses is an indispensable accompaniment to this popular vegetarian street food, which in the past was made out of raw meat.

Everyone adds their own spin to kısır, and adding pomegranates is one way to make it fresher and juicier. (iStock Photo)

Two of the most famous and traditional desserts in Turkey are also centered on the pomegranate. Güllaç is a traditional dessert made during the month of Ramadan and consists of thin layers of phyllo-like pastry of the same name, that are each sprinkled with walnuts and doused in milk only to be covered with pomegranate arils over the top. Aşure, which is also referred to as Noah’s Pudding, is a dessert porridge made from grains, nuts and fruits, including plenty of pomegranate arils. There is even a day of the year devoted to this sacred dessert, referred to as “Ashura Day,” which corresponds to the 10th day of Muharram – the first month of the Islamic calendar, and marks the day that Moses and the Israelites were saved from Pharoah’s army by God creating a path in the sea. To this day, many households in Turkey will prepare the dessert in abundance and then distribute them to their neighbors and loved ones.

The ability to easily consume pomegranate juice on a daily basis is one of the great health benefits of living in Turkey as a fresh juicery can be found on nearly every street corner in larger towns and cities. The freshly pressed juice is sold at affordable prices at such juiceries as well as at traditional Turkish fast food locales and can be purchased combined with other juices such as orange, apple and even kiwi.