Provident God of the Abrahamic Faiths: Plain Water will Tell you the Story

Do not the disbelievers see that the heavens and the earth were a closed-up mass, then We opened them out? And We made from water every living thing. Will they not then believe? (Al Quran 21:31) 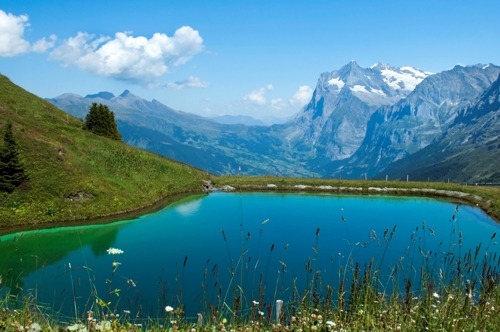 Whittaker Chambers in his book Witness tells of a simple incident which was probably the turning point of his life (and perhaps of the affairs of mankind). He was watching his little daughter and unconsciously became aware of the shape of her ears. He thought to himself how impossible that such delicate convolutions could have come about by chance. They could have been created only by premeditated design. But he pushed this thought out of his agnostic mind because he realized that the next step in logical sequence would have to be: design presupposes God — a thesis he was not yet ready to accept.

I have known many scientists among my professors and fellow research workers who have had similar thoughts about observed facts in chemistry and physics, even though they have not spoken from the depths of despair that Whittaker Chambers found himself in.

I see order and design all about me in the inorganic world. I cannot believe that they are there by the haphazard, fortunate coming together of atoms. For me this design demands an intelligence, and this intelligence I call God.

Probably to a chemist the periodic arrangement of the elements is the most arresting. One of the first things a freshman chemistry student learns is the periodicity or order found in the elements. This order has been variously described and classified but we usually credit Mendeleev, the Russian chemist of the last century, with our periodic table. Not only did this arrangement provide a means of studying the known elements and their compounds but it also gave impetus to the search for those elements which had not yet been discovered.  Their very existence was postulated by vacant spaces in the orderly arrangement of the table.

Chemists today still use the periodic table to aid them in their study of reactions and to predict properties of unknown or new compounds. That they have been successful is sound testimony to the fact that beautiful order exists in the inorganic world.

But the order we see around us is not a relentless omnipotence. It is tempered with beneficence — a testimony to the fact that good and pleasure are as much a concern of Divine Intelligence as the immutable laws of Nature. Look around you at the exceptions and deviations that do, in fact, defy the laws of cold rationality. 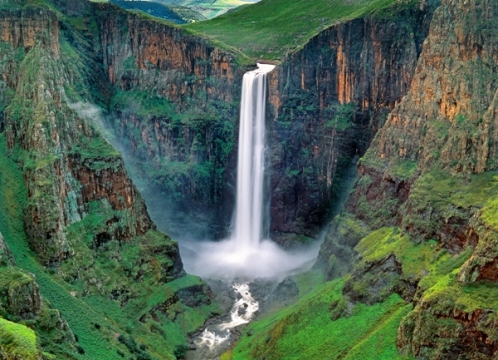 (This article is reproduced from a book the Evidence of God in an Expanding Universe edited by John Clover Monsma, published in 1958. This book is a collection of short articles by different scientists about their views about God.  The pictures and the Periodic Table diagram have been added by the Muslim Times)

Christian apologists want to make a case for Christianity based on laws of nature and science, by showing that there ought to be a Transcendent Creator of our universe.  They make this case, in one breath, and in the very next, deny all of science, by insisting on Eucharist, man-God of Jesus, who is not Transcendent, resurrection and miracles that violate laws of nature.

Atheists are right in exposing the irrationality of the Christian dogma. However, the Christians are right in as far as their claim that there needs to be a Creator of this universe, Who employed natural means to do His work. However, both parties in their self-conceit are not listening to how Islam resolves their conflict; Islam as understood by the Ahmadiyya Muslim Community and presented in the Muslim Times.

In a trilateral discussion between atheists, Christians and Muslims, I believe we can appreciate reality better and come up with better theology, especially if the discussion not only involves the Creator and purpose of the universe, but, also His complete Transcendence, Original Sin and evolution of life on our planet, Trinity, Mother Mary and Eucharist.

Provident God of the Abrahamic Faiths: Plain Water will Tell you the Storyhttps://t.co/Oww4hmD7tQ
Plitvice Waterfalls pic.twitter.com/rlvytbT5pw