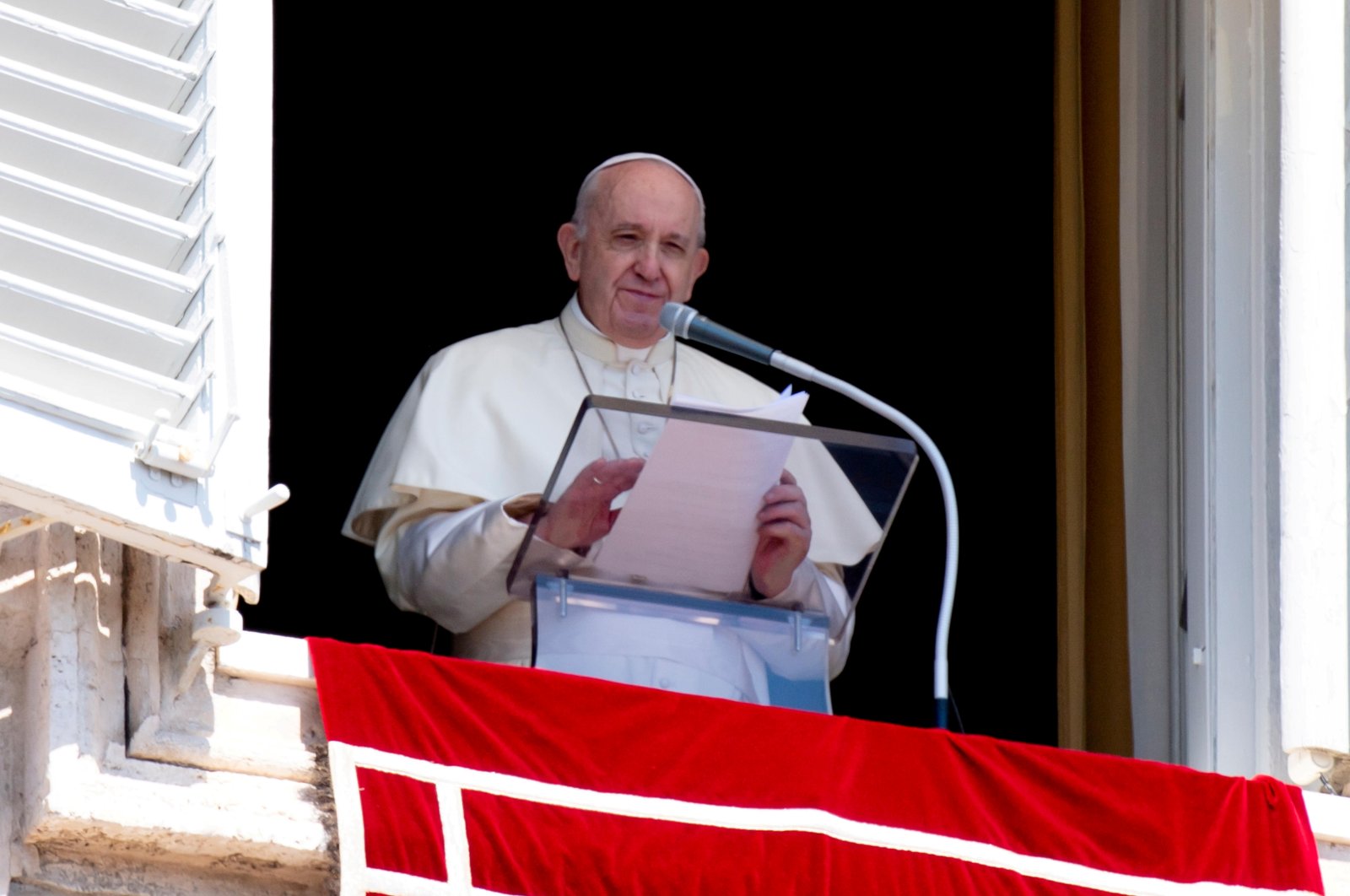 Pope Francis speaks during his weekly address from the window at St. Peter’s Square, at the Vatican on Aug. 23, 2020. (Reuters Photo)

Turkey welcomed Monday remarks from Pope Francis that call for constructive dialogue in the Eastern Mediterranean amid a rift between the two countries on maritime borders.

“I welcome @Pontifex statement on the Eastern Mediterranean. Turkey calls on Greece, among others, to respect international law, instead of militarizing the Aegean islands and laying claim to our Blue Homeland,” Presidential Communications Director Fahrettin Altun said on Twitter.

“The Mediterranean should be a sea of peace and stability,” he added.

Earlier Monday, the Pope said on Twitter that: “I follow with concern the tensions in the Eastern Mediterranean area and I appeal for constructive dialogue and respect for international law to resolve the conflicts that threaten the peace of the peoples of that region.”

Turkey and Greece are at odds over maritime borders as the Turkish government opposes Greece’s claim to exclusive rights, arguing that islands should not be included in calculating sea boundaries between countries.