Additional Reading: Challenging Ben Carson to a Written Debate About Facts of Evolution from Molecular Biology

Charles Darwin tree of life, linking all life forms. The Muslim Times has the best collection for religion & science and also on guided evolution

I believe that the theory of evolution should be understood as three different issues. Firstly, the common ancestry of all animals and plants, secondly, the mechanisms for evolution and thirdly whether evolution is completely blind or guided in some sense. The truth of some facts in evolution does not imply the truth of every thing under the umbrella of evolution.

The common ancestry of all animals and plants on our planet is a fact, which is beyond any doubt, for those well versed in the field of biology, especially molecular biology.

One needs to have a nuance position about evolution to be perfectly enlightened. The implications that common lineage has for the Creator or lack there of, is metaphysics and not science and for discussing science, we should limit ourselves to a discussion of common ancestry.

Therefore, whenever, I write in favor of evolution or Guided evolution, I am promoting the common ancestry or common lineage of all life forms and not other assumptions that may be implied by different writers, under the umbrella of evolution.

Given the lack of information and knowledge of the Muslim masses, the Mullahs can choose to say whatever catches their fancy. 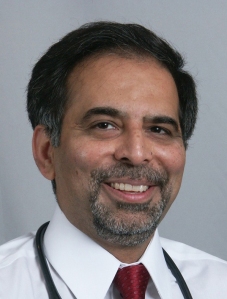 Here I want to highlight the short comings of the generally respected writers and Islamic scholars, who enjoy certain popularity or have otherwise written well about religion of Islam and about science and religion.

However, many of them are not knowledgeable about the issues of evolution, but, feel perfectly comfortable commenting about it, banking on the ignorance and blind devotion of their followers.

Zakir Abdul Karim Naik (born 18 October 1965) is an Indian public speaker on the subject of Islam andcomparative religion. He is the founder and president of the Islamic Research Foundation (IRF),[1][2] He is sometimes referred to as a televangelist.[3][4] Before becoming a public speaker, he trained as a medical doctor.[4] He has published booklet versions of lectures on Islam and comparative religion. Although he has publicly disclaimed sectarianism in Islam, he is regarded as an exponent of the Salafi ideology.[5][6][7]

Naik has said that the theory of evolution is “only a hypothesis, and an unproven conjecture at best”.[22] According to Naik, most scientists “support the theory, because it went against the Bible – not because it was true.”[23]

I link these videos to demonstrate dogmatic criticism by Zakir Naik, who would begin to look completely ignorant in light of modern molecular biology, as it establishes common ancestry of all life forms on planet earth.

The common ancestry of all life forms on our planet is an established fact now, which is beyond any doubt, in light of the latest information, coming from several fields of inquiry, especially molecular biology.

I suggest two articles for those who do not yet know of the merit of scientific evidence in this regard:

Biogeography: One of the best proofs for Darwin-Wallace theory of evolution

Molecular Biology: A Checkmate to Creationism

May I suggest that the “Muslim scholars” should  read more before commenting on scientific issues or at least seek expert advice.

Muhammad Tahir-ul-Qadri (Urdu: محمد طاہر القادری‎) (born 19 February 1951) is a Pakistani politician, former law professor and Sufi Islamic scholar.[3][4] He was a former professor of international constitutional law at theUniversity of the Punjab.[5] Qadri is also the founding chairman of Minhaj-ul-Quran International.

Here is what Prof. Tahir ul Qadari has to say about theory of evolution, in Urdu:

He claims here that 50 leading scientists have completely rejected Darwinism and neo-Darwinism.  He claims that this is the latest research and the scientists have not been able to show the missing links, connecting humans to apes, primates and monkeys.

Whereas, fact of the matter is that molecular biology is providing conclusive evidence to show the evolutionary links among the primates and some of this is covered in my other article: Molecular Biology: A Checkmate to Creationism. 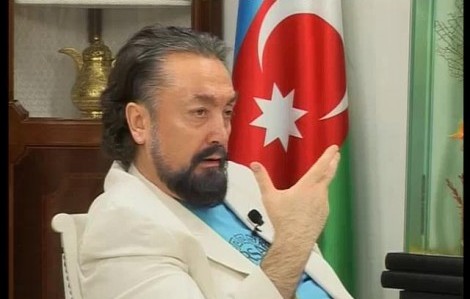 Adnan Oktar (born 1956), also known as Harun Yahya,[1] is a Turkish author referred to as “the biggest propagator of ijaz literature“[2] as well as an Islamic creationist.[3] In 2007, he sent thousands of unsolicited copies of his book, Atlas of Creation,[4] which advocates Islamic creationism, to American scientists, members of Congress, and science museums.[5] Oktar runs two organizations of which he is also the Honorary President: Bilim Araştırma Vakfı (literally, “Science Research Foundation”, BAV, established 1990), which promotes creationism and Milli Değerleri Koruma Vakfı (literally, “National Values Preservation Foundation”, established 1995) which works domestically on a variety of “moral issues.”[6]

Harun Yahya in his otherwise useful book titled,  Creation of the Universe, also commits the error of denying of evolution of ape-like animals into humans, which in light of latest findings in molecular biology and genetics is being increasingly recognized, as a fact in scientific circles.  Yahya writes:

The subject most often brought up by advocates of the theory of evolution is the subject of the origin of man.  The Darwinist claim holds that man evolved from  so called ape-like creatures.  During this alleged evolutionary process, which is supposed to have started 4-5 million years ago, some “transitional forms” between man and his imaginary ancestors are supposed to have existed. According to this completely imaginary scenario, four basic “categories” are listed:

Evolutionists call man’s so-called first ape-like ancestors Australopithecus, which means “South African ape.” These living beings are actually nothing but an old ape species that has become extinct. Extensive research done on various Australopithecus specimens by two world famous anatomists from England and the USA, namely, Lord Solly Zuckerman and Prof. Charles Oxnard, shows that these apes belonged to an ordinary ape species that became extinct and bore no resemblance to humans.[1]

Harun Yahya’s dogmatic denial of relationship between apes and human beings exposes only his ignorance, specifically in the domain of genetics and molecular biology.

All the proofs that creationists offer for the improbabilities that have gone into making our universe biophyllic or in the creation of individual life forms or organs can serve only as argument for guided evolution.  Once the similarities are shown in genetic materials of closely related animals including apes and human beings, one cannot categorically deny all aspects of evolution and still be considered well read and well informed.  These similarities not only exist in the genome but extend to all proteins and other constituents of life, which have been examined so far.

There is no good reason for the Muslims to shy away from the new discoveries in different fields of biology.

Prof. James Al Khalili writes in an article, It’s time to herald the Arabic science that prefigured Darwin and Newton:

We read in most accounts of the history of science that the contribution of the ancient Greeks would not be matched until the European Renaissance and the arrival of the likes of Copernicus and Galileo in the 16th century. The 1,000-year period sandwiched between the two is dismissed as the dark ages. But the scientists and philosophers whom Ma’mun brought together, and whom he entrusted with his dreams of scholarship and wisdom, sparked a period of scientific achievement that was just as important as the Greeks or Renaissance, and we cannot simply project the European dark ages on to the rest of the world.

He specifically writes about a Muslim Zoologist:

But what surprises many even more is that a ninth-century Iraqi zoologist by the name of al-Jahith developed a rudimentary theory of natural selection a thousand years before Darwin. In his Book of Animals, Jahith speculates on how environmental factors can affect the characteristics of species, forcing them to adapt and then pass on those new traits to future generations.

Yusuf Estes (born in 1944) is an American Muslim preacher and teacher who converted from Christianity to Islam in 1991. He was a Muslim Chaplain for the United States Bureau of Prisons through the 1990s.[1] He was a Muslim delegate to the United Nations World Peace Conference for Religious Leaders held at the U.N. in September 2000.[1]

Active in Islamic missionary work in the United States, Estes is often featured as guest presenter and keynote speaker at various Islamic events as well as frequently appearing on various Islamic satellite TV channels. Estes was named as the #1 Islamic Personality of the Year at the Dubai International Holy Quran Award ceremony on 8 August 2012.[2]

Let us remember that the Holy Prophet Muhammad, may peace be on him, said:

To acquire knowledge is the duty of every Muslim man and woman.

The ink of the scholar is holier than the blood of the martyr.

So, every Muslim should seek knowledge and hesitate to make tall, dogmatic claims, without studying the issues at hand, in some depth.

The scholars mentioned in this post could start off by watching the 10 minute video below, of a young biology student. If they can refute this evidence then they can go back to confusing their blind followers.

It certainly makes for interesting viewing:

Ten Raised to Five Hundred Reasons for Our Gracious God

1. Harun Yahya.  Appendix of the Creation of the Universe.  This book is available for free download in his website.

Saving my videos for this post in the Muslim Times