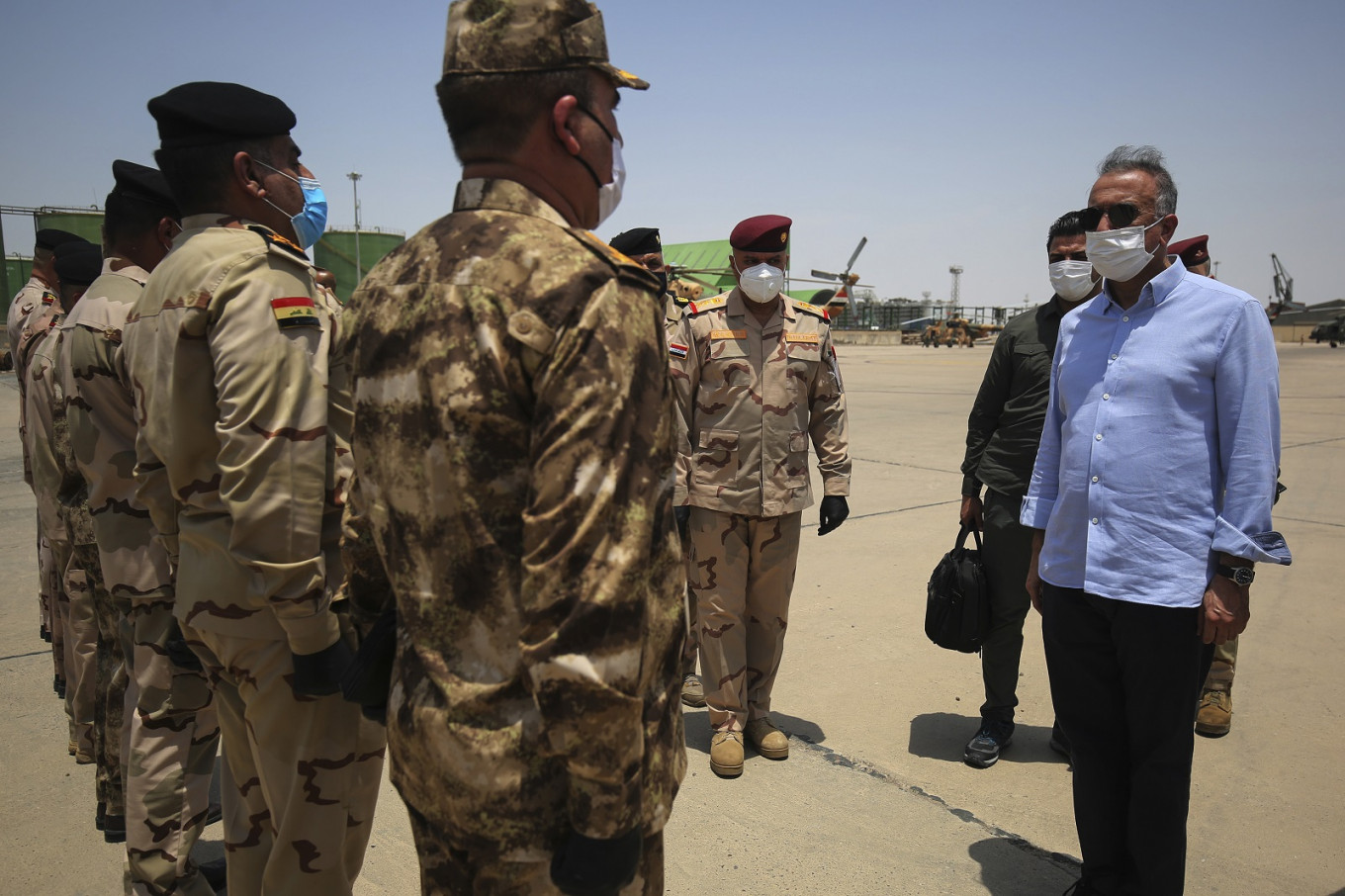 Iraqi Prime Minister Mustafa al-Kadhemi (R) stands with naval officers during his visit to the port of Umm Qasr near the city of Basra on July 15, 2020, part of his first visit to the southern Iraqi province. (AFP/Ahmad Al-Rubaye)

Baghdad has often found itself caught in the tug-of-war between Riyadh, Tehran and even Washington, which the premier is also set to visit within the next few weeks.

They are set to stay in NEOM, an area in the kingdom’s northwest that is currently under development, and are scheduled to meet Crown Prince Mohammed bin Salman, with whom Kadhemi is known to have warm personal ties.

Baghdad proposed a package of energy-focused development opportunities in Iraq to Saudi Arabia earlier this month, and the talks will likely focus on financing for those proposals, other infrastructure projects, and a reopening of the Arar border crossing between the two countries, the officials said.

They said the delegation will then travel directly to Tehran late Tuesday, where Kadhemi is expected to meet Supreme Leader Ali Khamenei.

Kadhemi rose to the premiership in May after serving as the head of Iraq’s National Intelligence Service for nearly four years, which helped him form a close relationship with Prince Mohammed.

He is also known to be respected by Iran’s intelligence services and government circles, which prompted speculation he could mediate between the two regional foes.

And Kadhemi is well-liked in Washington, where he is expected later this month or in early August to pursue a strategic dialogue between Iraq and the US.

It would be the first visit by an Iraqi premier to the White House in three years. US officials never extended an invitation to previous prime minister Adel Abdel Mahdi, whom they saw as too close to Iran.

It appears Washington is now encouraging a rapprochement between Baghdad and Gulf countries, including Saudi Arabia.

Earlier this week, officials from Iraq, the US and the Gulf Cooperation Council discussed over teleconference an arrangement for Iraq to import electricity from Kuwait, a deal which was agreed last year but has yet to come into effect.