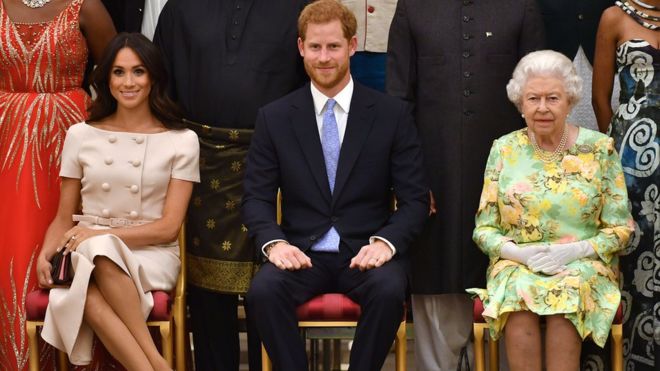 The Muslim Times has the best collection to refute racism every where in the world.  Suggested reading: Video and Book Review: Born a Crime: Stories from a South African Childhood

The Duchess of Sussex has returned to Canada to join her son amid discussions over the future role for her and Prince Harry in the Royal Family.

Meghan and Prince Harry had been in Canada over Christmas with baby Archie.

It comes as the Queen, the Prince of Wales and the Duke of Cambridge asked staff to find a workable solution after the couple announced they will step back as senior royals.

The Royal Family was said to be “hurt” at the couple’s statement.

Palace sources have told BBC royal correspondent Jonny Dymond that Prince Harry and Meghan did not consult any other royal about making their personal statement.

In their announcement on Wednesday evening, Prince Harry and Meghan revealed they intend “to step back as ‘senior’ members of the Royal Family, and work to become financially independent”.

They plan to split their time between the UK and North America, while “continuing to honour our duty to the Queen, the Commonwealth, and our patronages”.

The decision came “after many months of reflection and internal discussions”, they added.

Video and Book Review: Born a Crime: Stories from a South African Childhood

Obama: What Muhammad Ali meant to me