US foreign policy – Suleimani killing the latest in a long, grim line of US assassination efforts 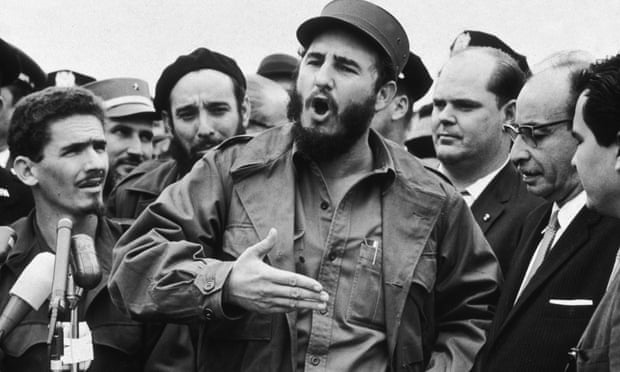 Fidel Castro outside the UN in September 1960. The US had admitted to making eight assissination attempts on Castro – though the real figure is probably much higher. Photograph: New York Times Co./Getty Images

The US government is no stranger to the dark arts of political assassinations. Over the decades it has deployed elaborate techniques against its foes, from dispatching a chemist armed with lethal poison to try to take out Congo’s Patrice Lumumba in the 1960s to planting poison pills (equally unsuccessfully) in the Cuban leader Fidel Castro’s food.

But the killing of General Qassem Suleimani, the leader of Iran’s elite military Quds Force, was in in a class all its own. Its uniqueness lay not so much in its method – what difference does it make to the victim if they are eviscerated by aerial drone like Suleimani, or executed following a CIA-backed coup, as was Iraq’s ruler in 1963, Abdul Karim Kassem? – but in the brazenness of its execution and the apparently total disregard for either legal niceties or human consequences.

“The US simply isn’t in the practice of assassinating senior state officials out in the open like this,” said Charles Lister, senior fellow at the Middle East Institute in Washington. “While Suleimani was a brutal figure responsible for a great deal of suffering, and his Quds Force was designated by the US as a terrorist organization, there’s no escaping that he was arguably the second most powerful man in Iran behind the supreme leader.”

Donald Trump’s gloating tweets over the killing combined with a sparse effort to justify the action in either domestic or international law has led to the US being accused of the very crimes it normally pins on its enemies. Iran’s foreign minister, Mohammad Javad Zarif, denounced the assassination as an “act of international terrorism”.

Vipin Narang, a political scientist at MIT, said the killing “wasn’t deterrence, it was decapitation”.