The Manitoba government is taking out newspaper and electronic advertisements in Quebec that welcome civil servants there to move to Manitoba if they feel threatened by their province’s ban on religious symbols in the workplace.

The ads, which are to start rolling out Thursday, are the latest overt criticism of the legislation from Premier Brian Pallister, who has raised the issue at meetings with his fellow premiers.

“Here in Manitoba, we have respect for diversity,” Pallister said Wednesday in an interview with The Canadian Press.

“We respect personal freedoms and rights, and we’re not big on clothing police here.”

The Quebec law bans some public-sector employees, including teachers and police officers, from wearing religious symbols such as hijabs for Muslim women and yarmulkes for Jewish men in the workplace. 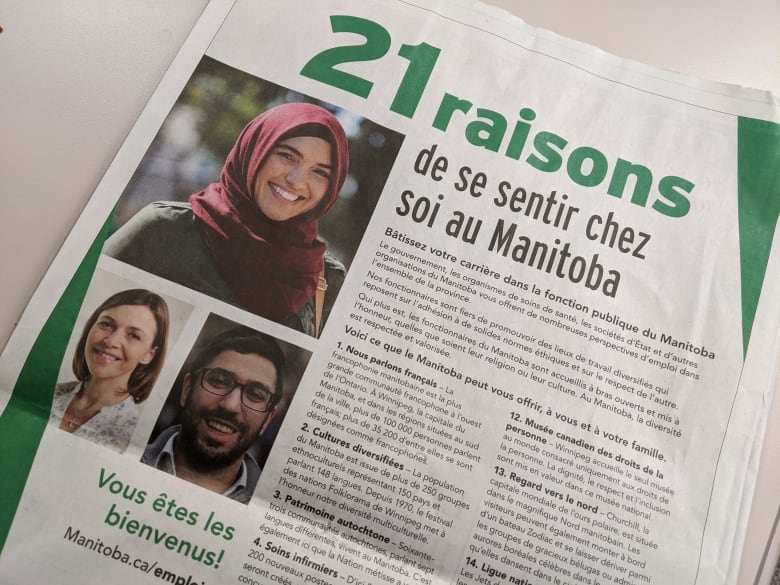