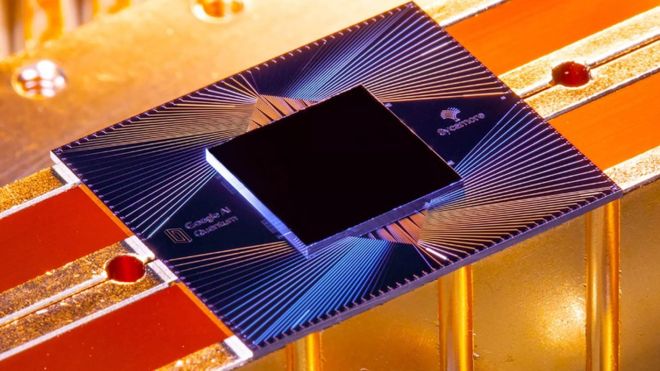 Google says an advanced computer has achieved “quantum supremacy” for the first time, surpassing the performance of conventional devices.

The technology giant’s Sycamore quantum processor was able to perform a specific task in 200 seconds that would take the world’s best supercomputer 10,000 years to complete.

Scientists have been working on quantum computers for decades because they promise much faster speeds.

The result appears in Nature journal.

In classical computers, the unit of information is called a “bit” and can have a value of either 1 or 0. But its equivalent in a quantum system – the qubit (quantum bit) – can be both 1 and 0 at the same time.