Why charismatic Christianity is popular with migrants 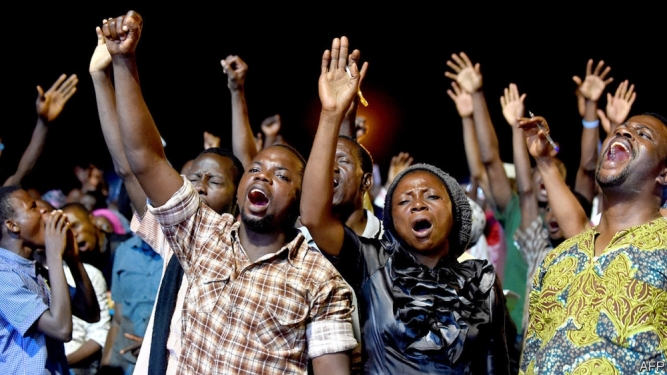 IT IS A well-established fact among religion-watchers that charismatic forms of Christianity, including the Pentecostal churches, are the fastest-growing variety of the world’s largest monotheism. Another widely agreed statement: these churches’ success reflects their appeal to people in transit. That includes migrants from rural areas to big cities like São Paolo or Lagos, and travellers from the global south to the prosperous north.

Perhaps 700m people, more than a quarter of the world’s Christians, attend charismatic churches. What this fluid religious reality generally encompasses is faith in an activist God whose power can be experienced through miracles, prophecy and speaking spontaneously in unfamiliar tongues. These phenomena are believed to reflect the action of the Holy Spirit, one of three divine persons (along with the Father and Son) who according to Christian doctrine make up a single God.

That total includes the well-organised Pentecostal movements that grew directly out of a religious revival that started a century ago in Los Angeles; groups large and small that have sprung up much more recently, often at the behest of a gifted pastor; and members of mainstream churches, say Catholic or Anglican, who worship in a charismatic way. Especially in the New World, the term “evangelical” is used as a catch-all for Protestant churches which invite believers to make a personal decision to accept Jesus Christ as Saviour. Some of the churches follow the charismatic style, with its emphasis on the gifts of the Spirit, others not.