Why Thomas Jefferson Rewrote the Bible Without Jesus’ Miracles and Resurrection 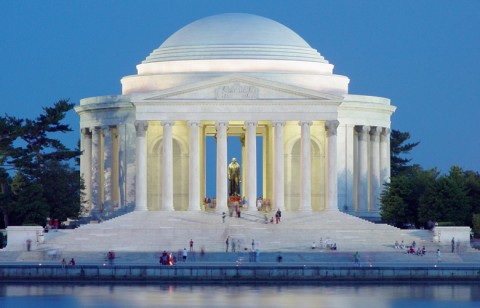 The third president had a secret: his carefully edited version of the New Testament.

The ex-president bent over the book, using a razor and scissors to carefully cut out small squares of text. Soon, the book’s words would live in their own book, hand bound in red leather and ready to be read in private moments of contemplation. Each cut had a purpose, and each word was carefully considered. As he worked, Thomas Jefferson pasted his selections—each in a variety of ancient and modern languages that reflected his vast learning—into the book in neat columns.

Thomas Jefferson was known as an inventor and tinkerer. But this time he was tinkering with something held sacred by hundreds of millions of people: the Bible.

Using his clippings, the aging third president created a New Testament of his own—one that most Christians would hardly recognize. This Bible was focused only on Jesus, but none of his mystical works. It didn’t include major scenes like the resurrection or ascension to heaven, or miracles like turning water into wine or walking on water. Instead, Jefferson’s Bible focused on Jesus as a man of morals, a teacher whose truths were expressed without the help of miracles or the supernatural powers of God.

Read Further at the Source

A few suggested viewing and reading: