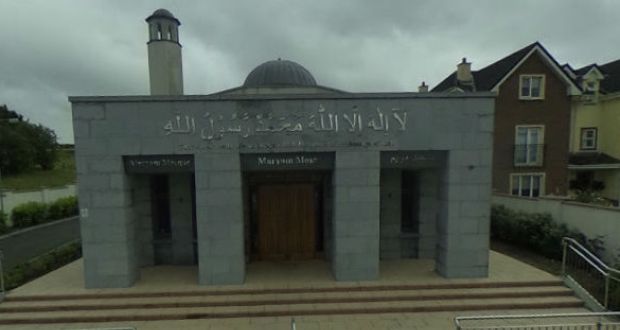 The Muslim Times has the best collection to refute Islamophobia

Locks and windows were broken during the attack on the mosque in Galway. Photograph: Google Maps

Members of Galway’s Ahmadiyya Muslim community say they are feeling terrified following an attack in the early hours of Monday morning on the city’s Maryam mosque.

The mosque, which is located on the Monivea Road on the outskirts of Galway city, was “badly and severely vandalised” late on Sunday night, according to the Ahmadiyya Muslim Association of Ireland.

A statement from the association said locks and windows were broken during the attack and security camera equipment was stolen from inside the building. No one was harmed during the incident.

This is the second time the mosque has been vandalised since it opened in 2014 with the first attack in 2017.

He believes those responsible for the attack represent “a small faction of intolerant people who cannot be accepting of other groups”.

“They are a small group of radicalised people,” Dr Malik said. “It also shows that radicalisation is not only limited to one group, that radicals can be found in any community.”

Dr Malik said the message of the Ahmadiyya Muslim community was “love for all, hatred for none”. “We invite local communities to visit our place of worship, have food with us and spend time with us. We are a very well integrated community and it’s terrible after all our efforts that we are still victimised like this. We believe in peace and tolerance and have been working very hard to spread this message.”

The mosque’s Imam Ibrahim Noonan told The Irish Times he received a warning of the attack by phone three months ago from an anonymous caller during the night. The man told the Imam he was affiliated with a group planning an attack on both the mosque and the Imam himself.

“He told me he didn’t agree with immigration, with having Muslims and mosques in Ireland, but because he knew about my work fighting against extremists he wanted to warn me.”

Imam Noonan spent the following four weeks watching his back throughout the day. “He had told me they knew where I live so I went out my front door every morning looking to see if a car was watching me. Eventually I calmed down but then low and behold, they fulfilled their promise.”

The Imam, who is originally from Waterford, says he has frequently received threats over the past decade. “They call me a traitor to my country and tell me they’re watching me and will blow up my mosque. Letters have come telling me to get out of the country.”

Imam Noonan says his office was completely destroyed by vandals on Monday morning. “I became a bit emotional after seeing the extent of the damage, that’s very rare for me. They had smashed my office window and threw my Irish tricolour out the window with my family photographs and books.

“The way I see it, the next level for these people is to physically hurt someone and that’s why people are very fearful. I’m even concerned for my own safety.”

He estimates repairs to the building will cost between €5-8,000. “Before our mosque was open to the public and had beautiful gardens. Now we have to turn our mosque into a fortress and lock it up. We will have to have so much security around it that it will look like something else, exactly what I didn’t want. People will be scared to come here.”
A Garda spokesman said they were investigating a burglary that occurred in Ballybane, Galway in the early hours of Monday morning on July 29th where “a considerable amount of criminal damage was caused to the premises”. No arrests have been made and investigations are ongoing.

Founded by Mirza Ghulam Ahmad in 1889, the Ahmadiyya faith has up to 200 million worshippers in 200 countries, mainly in several African states, Pakistan and Indonesia, with up to 30,000 in Britain and 15,000 in north America.
The community believes in non-violence and tolerance of other faiths, separation of religion and state, and “jihad” or “struggle” by the “pen rather than by the sword”. There are an estimated 500 members of the Ahmadiyya Muslim community in Ireland, including almost 200 in Galway city and county.

There were a total of 63,443 Muslims living in Ireland in 2016 during the latest national census.