Why Donald Trump should try Ramadan

During the Obama administration, the iftar banquet was held in the Benjamin Franklin State Dining Room in the White House to honour one of America’s most prominent religious freedom activists. It’s unclear if Trump will do the same 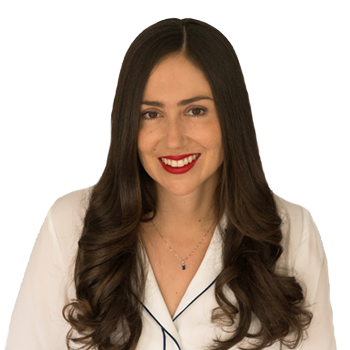 Monday morning began a special month for nearly two billion Muslims around the world and nearly three and a half million Muslims in the US – Ramadan had arrived. The month celebrates the first revelations of the Quran to the Prophet Mohammed.

Typically, the White House holds an iftar dinner: the meal that breaks the fast during the holy month. Trump skipped the dinner in 2017 (probably because it would have been hard to celebrate an Islamic religious holiday while simultaneously banning the people that celebrate that holiday from entering the country). A year later the dinner was reinstated.

I don’t know whether the President will host the ceremonial banquet again this year, but it is unlikely he has the faintest idea of what Ramadan is truly about, or how its core values translate to Muslim and non-Muslim families alike. The inhabitants of this country, especially Trump, would probably come out of it for the better if we all practiced the values of Ramadan at least one month a year.

During the Obama administration, the iftar banquet was held in the Benjamin Franklin State Dining Room in the White House to honor one of America’s most prominent religious freedom activists. Benjamin Franklin, former governor of Pennsylvania, one of the founding fathers of the new nation and drafter of the Declaration of Independence and the US Constitution, famously said in his autobiography, “Even if the Mufti of Constantinople were to send a missionary to preach Mohammedanism to us, he would find a pulpit at his service.”

The term “Mohammedanism” is inaccurate and out of touch (Muslims don’t worship Mohammed, after all: they worship the same God as other monotheistic Abrahamic faiths). Nevertheless, Franklin’s quote sets forth one of America’s most important values – that this is a country of remarkable diversity and the freedom which accompanies it to pursue a rich plurality of interests, beliefs and forms of personal expression. That freedom is written in our Constitution in the Bill of Rights.

When I was completing my Bachelor of Arts in Islamic World Studies at DePaul University in Chicago, I made friends with a group of Muslim girls whose families had immigrated from several countries in North Africa. They took me into their homes and treated me like a sister. They took me to countless iftars at DePaul where we listened to readings of the Qur’an, prayed and ate together. It was there, not in books or the news, that I learned the true meaning and challenge of Ramadan.