ISIS terror has become a bigger cr-ISIS for peace

Please note that the posts on The Blogs are contributed by third parties. The opinions, facts and any media content in them are presented solely by the authors, and neither The Times of Israel nor its partners assume any responsibility for them. Please contact us in case of abuse. In case of abuse, 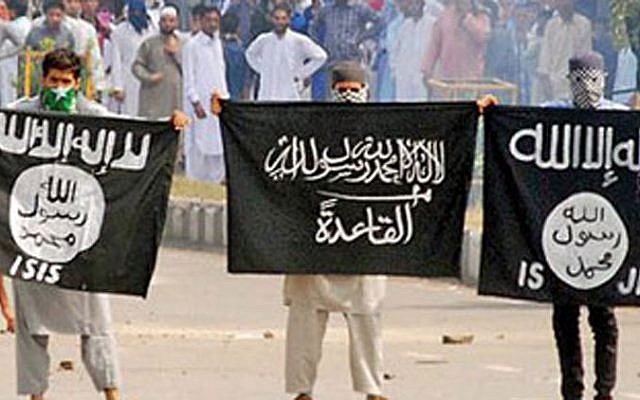 The Muslim world is not just facing rage from others but within themselves too. Muslim society, everywhere in the world, is fighting their identity of being Muslims or nationalist.

Religion is a very personal matter of anyone but as prescribed by the radical Islamist clerics it is not. In a public address in the month of March, a Pakistani radical Islamist cleric was dictating crowd of more than 50 thousand that religion is not at all a personal matter. If one distorts the religious teachings or values as per his understanding this is their duty to correct that mistake.

There are 73 schools of thoughts in Islam (known as sects). Each of them believed to be the true follower of Prophet Mohammad and Islam. Every sect has some distinction in terms of religious and moral values. There are 2 main streams of Islam known to the present world; Shia Islam and Sunni Islam. Sunni Islam is more dominant in the world. Some of the schools of thoughts within Sunni Islam are very radical and teach practical brutality towards infidels too. Each sect claims to possess the true knowledge and wisdom of God and thus Shariah. In this situation, if somehow, they manage to convince others to affiliate Shariah Law then a new dispute will rise- which Shariah law is to be implemented? After all, each of them claims to be on the righteous.

The Ahmadiyya sect is one of the sects within Islam preaching brotherhood, harmony and more importantly loyalty to one’s motherland as their religious values. Ahmadis are the only people who believe that Krishna is a prophet and this kind of teaching is never accepted by other mainstream Muslims either Sunni Muslims or Shiah Muslims. Today, this community is growing rapidly around the world. According to the World Christian Encyclopedia, the Ahmadiyya movement is the fastest growing Islamic group as of the early 21st century. Ahmadiyya Muslim community is not just a religious organization but a welfare foundation working in Africa and Asian countries to uplift the deprived class. But they are a heretic to other Muslims.

A strange kind of Muslims

Ahmadiyya Muslims are the most persecuted religious community around the world. In most of the Muslim majority nations, Ahmadiyyas are prohibited to follow the customs of Islam and even call themselves a Muslim. Pakistan is the foremost and pioneer of this brutal game. In 1974, there was a bill passed in the parliament purely against Ahmadis(infidels). Since then thousands of Ahmadis are imprisoned and hundreds are killed and don’t know how many disappeared due to this religious and state-sponsored hate campaign.

Muslims in today’s world has no contribution. There just one Nobel Prize in science which is given to an Ahmadi Muslim-Dr. Abdus Salam. Who doesn’t know Mahershal Ali who won Oscar award twice 2017 and 2019, he is surprisingly an Ahmadiyya Muslim. Top Economists Under Age 45 by IMF Mian Atif is an Ahmadi Muslim. Jazz Musician-Usef Lateef, Grammy Lifetime Achievement Award winner Ahmad Jamal, Grammy Award Best Jazz Instrumental Performance- Art Blakey, Wage Rudolf Supratman, the songwriter who wrote both the lyrics and melody of the national anthem of Indonesia, former executive director and vice president of the World Bank- Mirza Muzaffar Ahmad. This list is endless with the contribution of this modern Islamic sect and growing community.

All these people are known to be infidels and non-muslims by the Sunni and Shiah Muslims around the world. This fire of hate is not limited to Pakistan, Indonesia or Saudi Arabia but all the middle-eastern countries, Malaysia, Sri Lanka and India too. Ahmadis face dual persecution; one being Muslims and other being Ahmadis(a heretic to Islam by other Muslims). This is a minority within a minority all across the globe.

As in my last article- Terrorism: Pak to ISIS – A retrospective approach, I tried to convey the root of Islamist terrorist groups. It is not just Pakistan but now, in many other Muslim majority nations, the fire of this kind is taking a new shape. Bangladesh, strategically a very important to the terrorist insurgency is no more isolated to this threat. Even the military of Bangladesh is affected and most powerful army officials are involved in the propagation of terror wings. A sacked Colonel Shahid Uddin Khan is a major accused of supporting ISIS in Bangladesh. He is now in self-exile living in the UK. There is a news that he has hands behind Sri Lanka terrorist attacks too.

The recent news shocked the world when ISIS published a new poster posing some youngsters with the notion “Coming Soon”.

The international community should not take this so lightly. Ignoring these circumstances may lead to the birth of another ISIS. Asia is now their new base which is crowded with more Muslim population and vulnerable too. Wealthy Muslim young minds are being brainwashed to join the cause of the establishment of so-called Caliphate.