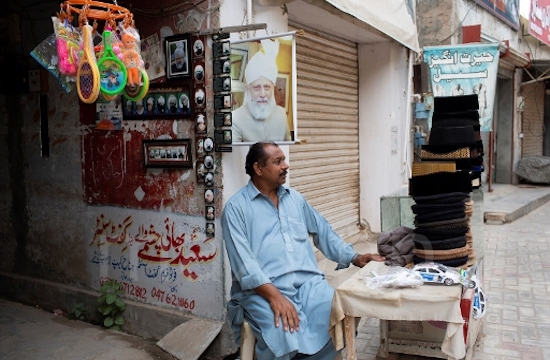 When religious minorities appear on the front pages of newspapers in Pakistan, it is usually bad news. The coverage so far this month has not been any different.

“In an open letter to PM Imran, EU parliamentarians seek end to persecution of religious minorities,” stated a headline in one of the major English language newspapers on May 2.

The story referred to a letter, signed by 52 members of the European Parliament, to Pakistan Prime Minister Imran Khan — who has vowed to help Pakistan’s weakest and oppressed — urging him to take measures to dismantle the constitutional and institutional structures that have resulted in the persecution of religious minorities in the country.

A Hindu lawmaker has become the trending topic among Hindu and Christian social media users. All of them condemned Minister of State for Parliamentary Affairs Ali Muhammad for scolding Ramesh Kumar Vankwani, the patron-in-chief of the Pakistan Hindu Council, over the anti-child marriage bill.

“You are Hindu, you should not present a bill on these issues. This could disturb individuals and the family system of an Islamic society,” roared Khan, who said the bill went against the Sunnah (Islamic tradition) of the Prophet Muhammad.

Vankwani, who has been struggling against the rampant forced conversion of Hindu women in Sindh province, was almost declared an enemy of Islam by a member of his own party.

Meanwhile, the Aashiqan-e-Rasool (Lovers of Prophet), such as Mian Mitho and Ayub Jan Sarhandi from Sindh province, continue their abductions, forced conversions to Islam and marriages to victims.

A report by the University of Birmingham suggests that 286 incidents of women and girls being forcibly converted were reported between January 2012 and June 2017.

All the victims were aged between 12 and 15. Both the judicial system and law enforcement agencies continue to protect the perpetrators despite the existence of the Child Marriage Restraint Act 1929, which sets the legal age of marriage for boys at 18, or 16 for girls.

This is not the first time minorities in the Islamic republic have been depicted as blasphemers. According to the Institute for Research, Advocacy and Development (IRADA), media-shaped narratives are obsessed with the elites and power politics, largely ignoring human rights issues.

“This kind of stereotypical reporting affects the public’s perception of minorities. Sadly, they are silent amid this media blackout,” Muhammad Aftab Alam, executive director of the IRADA, told me.

“There are 147 television talk shows, [most of which] are more opinion-based than analytical, that are aired daily on Pakistani channels,” he said.

“Sadly, a very tiny percentage of them reflect the diversity and pluralism on the ground. Issues of political, religious, ethnic, linguistic and cultural pluralism require a greater space and discussion in the media.”

I recently attended a consultation where about 20 Muslim journalists shared the procedural constraints and practices of media practitioners that discourage news diversity in general, and religious minorities in particular. Censorship and personal biases were highlighted as major challenges.

Many spoke of receiving “warning” messages on social media from security agencies while reporting on Ahmadis, an Islamic revival movement whose members are often made to feel like outlaws in Pakistan. Mainstream Muslims regard Ahmadis as pariahs and heretics because of their belief in a prophet who came after Prophet Muhammad.

Reporters tasked with covering Easter, Christmas or Diwali — the Hindu “festival of light” — also need to report on Islamic entertainment-based gatherings known as milad mehfil in order to prove their piety.

Last year, the minister for human rights and minorities affairs in Punjab, Aijaz Alam Augustine, issued a notice against a serialized TV drama that focused on the theme of converting to Islam.

Titled Maria Bint e Abdullah, it revolved around a character called Maria, the daughter of a Christian mother and Muslim father.

In 2017, a Christian NGO filed a complaint with the Pakistan Electronic Media Regulatory Authority against another TV show that told the story of a Christian Punjabi maid and her uneducated relatives, who were also portrayed as doing menial jobs.

This is not to say that Christian heroes are never glorified by Pakistan’s media. Countless programs have paid tribute to Group Captain (now retired) Cecil Chaudhry, a veteran fighter pilot of the Pakistan Air Force and a noted war hero.

The Christian community has served the nation in various fields, especially education and health care. Sadly, these people and experts are rarely interviewed by the media. Most of the news stories and images we see tend to be about us, rather than having been written for us.

The day-to-day lives of ordinary non-Muslims remain hidden from a society that fails to understand them, apart from viewing them as a vulnerable group.

Christian channels and publications may have been instrumental in proclaiming the “Good News,” but they have failed to attract audiences from other communities. The minorities remain a missing link.

Even seasoned journalists are unaware of the existence of church-run radio channels and TV stations. No media guidelines or newsroom protocols exist for minorities. The doors become narrow if the sub-editor has emotional ties to a religious party. There is no newsroom sensitivity.

Historically speaking, media behavior in Pakistan has been influenced by either power or corporate interests. The Church cannot use either of them to become a priority. We are not considered “prime time” news.

However, the capacity-building efforts of reporters in this field can fill this gap. Civil society can facilitate religious minorities in engaging the media managers. A joint coordination with university departments teaching mass communication or journalism, the psychological counseling of biased editors, an oversight mechanism for media organizations, and allocating interns to cover to minority beats — all of this could further support the notion of common citizenship.

Events like World Press Freedom Day are a constant reminder for Pakistan’s media of the need to freely discuss issues pertaining to all communities.

Reporting on minorities does not necessarily mean reporting about their faith. But the world must know that our tales go far beyond simply the tragedies they hear.

* Kamran Chaudhry is a Catholic commentator based in Lahore.