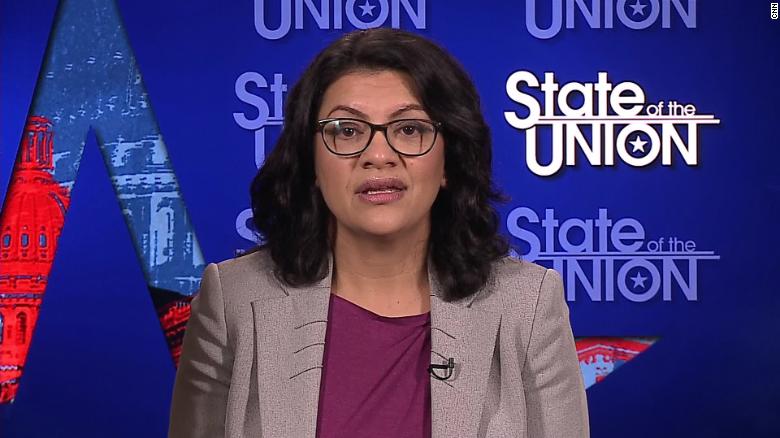 Washington (CNN)A Republican member of the Pennsylvania House of Representatives is facing scrutiny for delivering an invocation that is being called religiously exclusive and political before the swearing in of the state’s first Muslim woman lawmaker.

State Rep. Stephanie Borowicz delivered the prayer Monday on the floor of the state’s General Assembly, injecting several political statements before ending. Republican Speaker Mike Turzai tapped on her elbow as the prayer neared two minutes, signaling it was time to end.
“God, forgive us. Jesus, we’ve lost sight of you. We’ve forgotten you, God, in our country. And we’re asking you to forgive us, Jesus. That your promise and your word says that if my people who were called by my name will humble themselves and pray and seek your face and turn from their wicked ways, that you’ll heal our land,” Borowicz said as the prayer went into its second half.
Borowicz did not respond to a request for comment on her prayer by CNN. She later told one reporter it was “how I pray every day” and that “I don’t apologize ever for praying.”
Shortly after Borowicz’s prayer concluded, Democratic Rep. Movita Johnson-Harrell was sworn in as the state’s first female Muslim lawmaker. She was joined by scores of guests, all there to witness the moment.
Speaking to reporters Tuesday, Johnson-Harrell strongly criticized the prayer, calling it “disrespectful” and “immature” and saying that it was “meant to be inclusive and to bring everyone together.”
“We as Republican and Democrat can find many many things to fight about — prayer should not be one of them,” she said, adding that she viewed it as a “political statement.”
In one portion of the prayer, Borowicz began referring to President Donald Trump’s policies toward Israel.
She continued: “Jesus, you’re our only hope. God, I pray for our leaders, Speaker Turzai, Leader (Bryan) Cutler, Gov. (Tom) Wolf, President Trump. Lord, thank you that he stands beside Israel, unequivocally, Lord. Thank you that, Jesus, that we’re blessed because we stand by Israel and we ask for the peace of Jerusalem as your word says, God. We ask that we not be overcome by evil and that we overcome evil with good in this land once again.”
“I think we need to be very, very clear that everybody in this House matters, whether they’re Christian, Muslim or Jew, and that we cannot use those issues to tear each other down,” the newly sworn-in lawmaker said.
Johnson-Harrell also told reporters that Borowicz “definitely” needs to be censured for her prayer, adding that “we need to be promoting inclusion, not division.”B
Johnson-Harrell also did not respond to CNN’s request for comment Wednesday.
\
In a statement to CNN, Christine Goldbeck, a spokesperson for Turzai, said, “members of the House come from a wide variety of faiths and we believe it is important to respect this diversity,” a sentiment Goldbeck said Turzai shared Monday following the prayer.
“Speaker Turzai reminded the members that our guidelines ask them to deliver an inter-faith opening prayer,” Goldbeck said, noting that a Muslim cleric also delivered a prayer at Monday’s ceremony.
At least two other state Democratic lawmakers called out Borowicz’s prayer, with Rep. Jordan Harris calling it hateful and saying she used the moment to “weaponize religion,” and Rep. Kevin Boyle saying the prayer “epitomizes religious intolerance.”
source:
http://www.cnn.com