Debt and the practice of Islamic banks 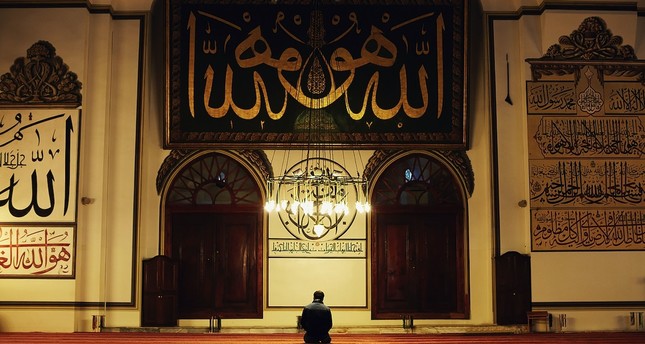 A man praying in the Great Mosque in Bursa, western Turkey.

Islamic finance is stuck between Islamic values and making a profit on the current system, but it clearly has great influence, providing significant changes to today’s economic status quo

Debt is permissible in Islam, but it is conditional, and should not be encouraged. The Prophet said, “O Allah! I seek refuge with You from worry and grief, from incapacity and laziness, from cowardice and miserliness, from being heavily in debt and from being overpowered by (other) men.” Associating debt with what was narrated in the hadith indicates that debt should not be encouraged. To avoid falling into debt, Islam encourages its followers to work and encourages trade. Furthermore, Islam allows for the accumulation of wealth and encourages Muslims to give back and contribute to community development. Working hard, accumulating wealth and giving back to the community are Islamic teachings. Islam also teaches financial moderation and disgraces wastefulness.

Nevertheless, if something is permissible in Islam, it is for a good reason. Our present time is associated with all kinds of hardships, especially in Muslim majo

rity countries. This is one reason that creates high demand for borrowing from different financial institutions and intermediaries. Today, not just Islamic banks engage in the interest-free sales transaction. Also, conventional banks are attracted to Islamic sales transactions because the margin of profit from such transactions is largely similar to conventional ones.

The functions of a bank

Banks are designed to make a profit. Whether or not banks are the best means through which Islamic transactions are made is an important subject, but the functions of a bank are one way to explain the Islamic bank’s performance. By reviewing much of the Islamic economic literature, one finds that the basics of Islamic economics are to engage in real business and to share both risk and profit. Such engagement further assures the development of the community. To assure such development the original Islamic transactions are assumed to be Musharaka and Mudaraba transactions. This is a clear reflection of Islamic teachings that encourage work and trade.

The practice of Islamic banks

Debt is similar to interest in “some ways” according to the Movement for Monetary Justice (MMJ) in Malaysia. The predicament as they propose it: Debt is much despised in Islam because one consequence is that it forces most average-income individuals into a whirlpool of a financial deficit leading to bankruptcy. The argument made is that debt is engineered in a way where individuals would pay installments for 20 years or so. Some installments could form up to 50 percent of one’s income in cases of buying houses. Here, individuals are made liable to banks. The long term holds uncertainties and threats, which is a predicament although Islamic banks presumably function on the basis of partnership and shared risk; however, that is not always true. Nevertheless, the origin of Islamic economic teaching is asceticism, not to incentivize individuals to create luxurious lifestyles beyond their actual financial ability. However, an argument could be made that at least “some” Islamic banks do exactly the opposite.

An important concern is an encouragement by banks and the large facilities given to customers to purchase goods and services through bank sales transactions. As such, overconsumption is promoted. Installments of sales transactions are calculated as part of the debt-to-income ratio. This issue is reflected in the debt-to-income ratio in Malaysia, which reached an alarming 89 percent in 2016. Importantly, that ratio is high in a negative way. Here Islamic banks are liable because they represent nearly 40 percent of banking in Malaysia. Excessive or encouraged debt also indicates fake consumer purchase-ability, which also signals lower rates in the real economy. Income-to-debt-ratios, fake purchase-ability and the percentage of the real economy are variables that need to be monitored because they are indicators of financial crises.

Total submission to the perfection of the Islamic system includes economics, Islam will always be a becoming process. Therefore, it is important to recognize the shortcomings and make necessary amendments. On the issue of why Islamic banks are not trading and investing properly, there are national and international legal barriers. For instance, banks are prohibited from practicing non-banking business ventures; these are Financial Holding Company (FHC) laws. In short, banks have many guiding laws to protect deposits. That basically indicates that Islamic banks performance will not change much to expand trade and investment.

“Are banks the best institution for Islamic finance?” We find ourselves in this spiral between the functions of a bank that will continue to engage in the easiest most profitable transactions and the Islamic title that requires doing what is best for community development. For that reason, the bank institution should not be the dominant financial institution through which Islamic finance is practiced. This is a call for expanding waqf, trade, microfinance companies, private equity firms venturing entrepreneur businesses, financing new ideas, and more importantly, financing the most beneficial projects to the community, not necessarily the most profitable to the bank. This is ethical financing that most banks fail to engage in – even Islamic banks. Finally, this is an opinion that I hope is a positive contribution to strengthening Islamic economics.