By JULIAN ROBINSON FOR MAILONLINE

Saudi Arabia‘s crown prince has been stripped of some of his powers by King Salman, it has been claimed.

Crown Prince Mohammed bin Salman has faced claims he may have ordered the hit on journalist Jamal Khashoggi who was butchered by a Saudi hit squad in Istanbul last year.

The fallout from the killing has damaged the international reputation of the 33-year-old and there have been rumours of a growing rift between him and his father, King Salman bin Abdulaziz Al Saud.

Middle East observers are also split over whether tensions within the royal court may have been heightened as a result of the country’s role in the brutal Yemen conflict.

The crown prince has not attended a number of top ministerial meetings in the Kingdom recently and is said to have had some of his financial powers stripped from him, The Guardian says it has been told. 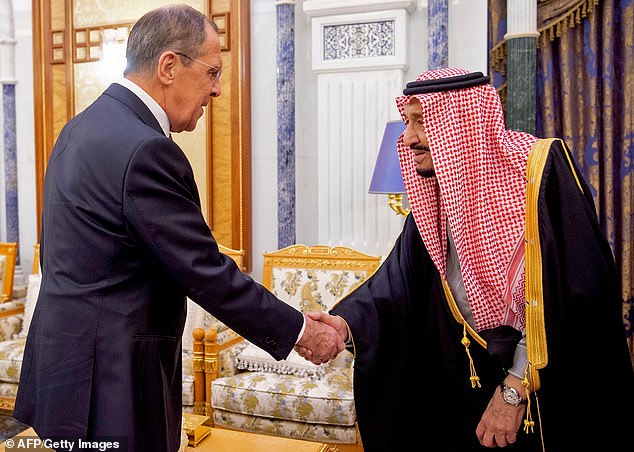 Saudi Arabia’s crown prince has been stripped of some of his powers by King Salman, it has been claimed. The 33-year-old royal was said to have been absent from a high-profile visit of Russia’s foreign minister, Sergey Lavrov. The king is pictured shaking Lavrov’s hand earlier this month in Riyadh 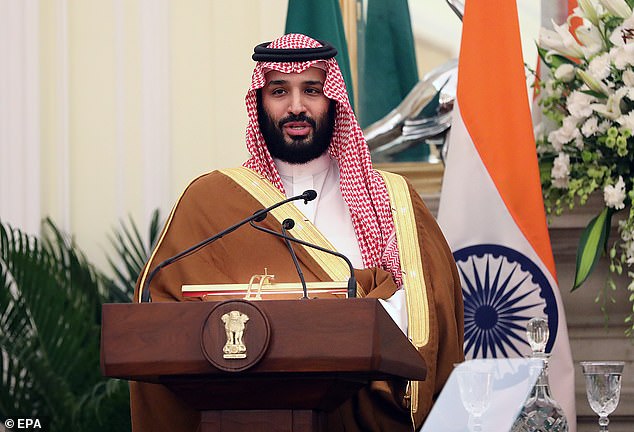 It is understood that the king announced the move to senior ministers earlier this month. The 83-year-old is believed to have asked the crown prince to be at the cabinet meeting, but he did not attend.

The king is said to have been unhappy with his heir’s absence and demanded that major financial decisions would need his own personal approval for the time being.