The United States has announced it will revoke or deny visas to members of the International Criminal Court involved in investigating the actions of US troops in Afghanistan or other countries.

The US secretary of state, Mike Pompeo, said Washington was prepared to take further steps, including economic sanctions, if the war crimes court goes ahead with any investigations of US or allied personnel.

“The ICC is attacking America’s rule of law,” Pompeo told reporters. “It’s not too late for the court to change course and we urge that it do so immediately.” 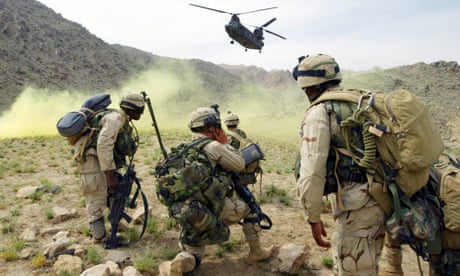 The United States has never joined the ICC, where a prosecutor, Fatou Bensouda, asked judges in November 2017 for authorization to open an investigation into alleged war crimes in Afghanistan.

Pompeo’s announcement of visa restrictions was the first concrete action taken by the US against the ICC since the White House threatened reprisals against the Hague-based body in September.

“I’m announcing a policy of US visa restrictions on those individuals directly responsible for any ICC investigation of US personnel,” he said.

This would include anyone who takes, or has taken, action to request or further an investigation, he told reporters.

“If you’re responsible for the proposed ICC investigation of US personnel in connection with the situation in Afghanistan you should not assume that you still have, or will get, a visa or that you will permitted to enter the United States,” Pompeo added.

The secretary of state said visas could also be withheld from ICC personnel involved in conducting probes of US allies, specifically Israel.

Pompeo said “implementation” of the policy has already begun but he did not provide any details, citing confidentiality surrounding visa applications.

“These visa restrictions will not be the end of our efforts,” Pompeo said. “We’re prepared to take additional steps, including economic sanctions, if the ICC does not change its course.”

The secretary of state said the US had declined to join the ICC “because of its broad unaccountable prosecutorial powers” and the threat it proposes to American national sovereignty.

“We are determined to protect American and allied civilian personnel from living in fear of unjust prosecution for actions taken to defend our great nation,” he said.

Pompeo said the US government was obliged to protect its citizens and procedures were already in place to deal with members of the US armed forces who engage in misconduct.

“The US government, where possible, takes legal action against those responsible for international crimes,” he added, noting that it has supported prosecution of war crimes in Rwanda, the former Yugoslavia and elsewhere. 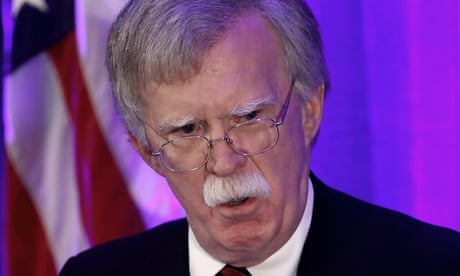 ICC will continue ‘undeterred’ after US threats

“The ICC, as a court of law, will continue to do its independent work, undeterred, in accordance with its mandate and the overarching principle of the rule of law,” the ICC said.

Richard Dicker, the international justice director at Human Rights Watch, said the US move “is a naked attempt to bully judges and impede justice for victims in Afghanistan” and “blatant contempt for the rule of law”.

James Goldston, the executive director of the Open Society Justice Initiative, said Pompeo’s remarks reflected the administration’s view that international law matters “only when it is aligned with US national interests”.

“Attacking international judicial actors for doing their jobs undermines global efforts to hold to account those most responsible for atrocity crimes such as torture and mass murder,” Goldston said.

The ICC was established in 2002 under the Rome Statute and joined by 123 countries.

But ICC membership was never ratified by the US Senate and the “America First” administration of Donald Trump has been a particularly virulent opponent.

what the Swiss Government says: