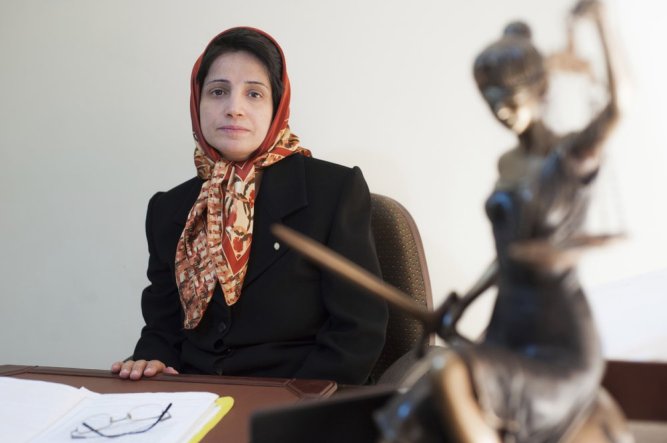 DUBAI, United Arab Emirates (AP) — A prominent human rights lawyer in Iran who defended protesters against the Islamic Republic’s mandatory headscarves for women has been convicted and faces years in prison, an activist group said Wednesday.

The conviction of Nasrin Sotoudeh, who previously served three years in prison for her work, underlines the limits of challenging Iran’s theocracy as it faces economic pressure exacerbated by the U.S. pulling out of Tehran’s nuclear deal with world powers.

It also highlights the limits of Iran’s civilian government as well, as the administration of President Hassan Rouhani and others have signaled an easing of their concern over the mandatory hijab.