Intelligence agencies suspect that ISI is pumping huge money in Punjab to set up terror modules and stir unrest in the state.

The interrogation of the suspected terrorist Shabnamdeep Singh, who was arrested from Patiala in Punjab last month, has revealed striking details of plans to create a new terror group in Punjab. The group, Khalistan Gadar Force, is allegedly being formed under the guidance of Pakistan’s intelligence agency ISI. According to sources in the Punjab Police, Shabnamdeep was in constant touch with Javed Khan Wazir, an ISI agent and Gopal Singh Chawla, a Pakistani Khalistani supporter.

Singh also revealed that the ISI had promised to give ten million rupees to him for establishing the new Terror front ‘Khalistan Gadar Force’. Punjab Police hails Singh’s arrest as a major achievement in unravelling the Khalistani-ISI nexus behind the renewed attempts to foment terror in Punjab. Pakistan is constantly engaged in the conspiracy of terrorist activities in Punjab.

The Police had found incriminating evidence in form of several letters and pads of ‘Khalistan Gadar Force’ in Shabnamdeep Singh’s possession. The intelligence agencies have stated that ISI is actively involved in building Khalistani Terror Network by luring disgruntled Sikh youth of Punjab through Khalistani supporters living in countries like Pakistan, Britain and Canada. 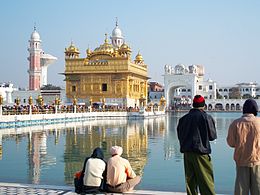