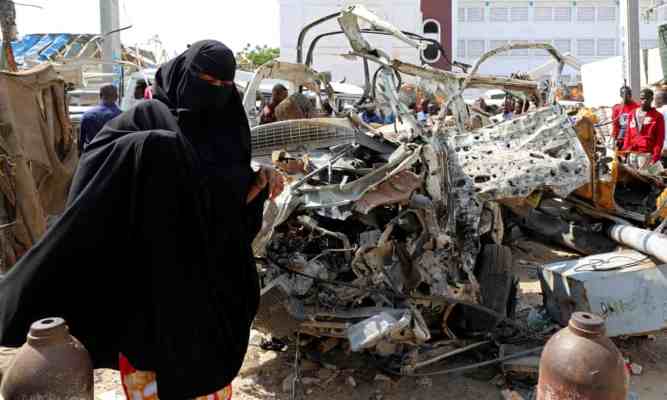 Somali hospital and police sources say the death toll from a string of bombings near a popular hotel in Mogadishu has risen to 53 with more than 100 injured.

Islamic extremists exploded four bombs outside the hotel in the capital, Mogadishu on Friday afternoon. After the three explosions in front of the hotel, a fourth blast hit as medics attempted to rescue the injured.

“Most of these people were civilians who were passing by the area when the attack occurred,” Abdulahi Ahmed, a Somali security official, said.