The recent buckling down of the state to mobs of the radical right is not the first time it has done so. 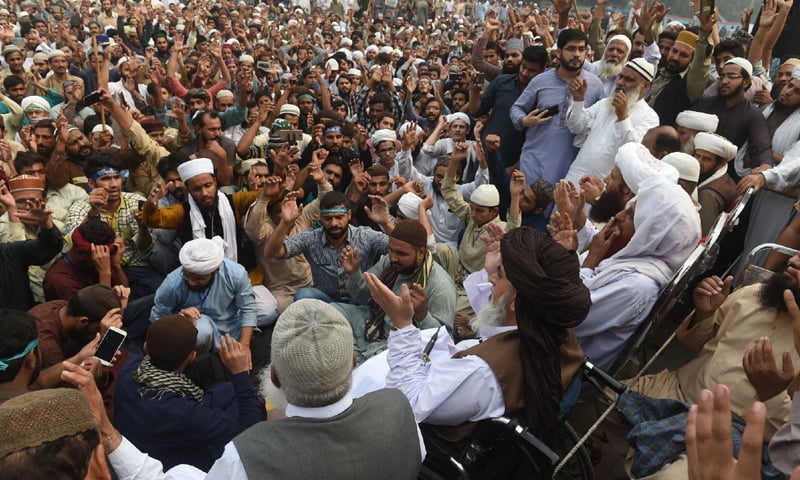 Buoyed perhaps by signs of cleavage between Tehreek-i-Labbaik Pakistan (TLP) and its protectors, the government is trying to look brave after the event and separating dharna (sit-in) participants from arsonists and destroyers of property. It is also true that the concessions allowed to the agitators in the ceasefire document lack substance or are not feasible. Yet these factors cannot blur the reality that, through their latest dharna, conservative religio-political forces have tightened their siege of the state of Pakistan. And their next attempt to change the character of the state might be somewhat stronger.

This prognosis is based on the history of the various national governments’ acts of surrender under pressure from conservative political elements operating under religious banners and which have invariably whetted the latter’s appetite for more gains.