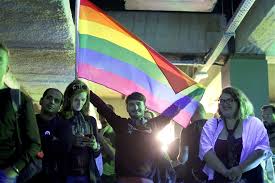 BUCHAREST (Reuters) – Romania’s ruling party aims to introduce legislation to legalize civil unions for same-sex couples, the state news agency quoted a cabinet minister as saying, after a referendum to curb such rights failed to draw enough voters to be valid.

Sunday’s referendum to change Romania’s constitution to prevent same sex couples from securing the right to marry was seen as a key popularity test for the ruling Social Democrats (PSD), whose attempts to weaken anti-corruption legislation have been condemned by the European Commission.

But the referendum backfired as turnout was only 21 percent, below the minimum 30 percent required for validity. Analysts said voters had viewed the referendum as a ruse by the PSD, which supported the change, to divert attention from more pressing concerns.