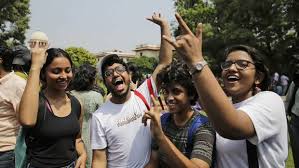 In a historic decision, India’s Supreme Court has ruled that gay sex is no longer a criminal offence.

The ruling overturns a 2013 judgement that upheld a colonial-era law, known as section 377, under which gay sex is categorised as an “unnatural offence”.

The court has now ruled discrimination on the basis of sexual orientation is a fundamental violation of rights.

Campaigners outside the court cheered and some broke down in tears as the ruling was handed down.