Can Saudi Arabia diversify its economy without an Aramco IPO?

Saudi Arabia’s diversification effort will prove challenging with or without an Aramco IPO. 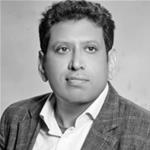 Few challenges are more existential for Saudi Arabiathan the need to wean its economy away from an excessive dependence on oil. The country faces two certainties on the external and domestic fronts: the excessive volatility of oil markets with its attendant consequences on the national budget and a growingly young and educated labour force (more than 50 percent of Saudis are below 25 years of age).

Saudi Arabia has traditionally bought social peace by distributing rents to its citizens through salaries, subsidies, and other welfare instruments. This social pact has become increasingly precarious in the midst of fluctuating oil revenues and expanding expenditure commitments at home.

It is in this context that Saudi Arabia’s Vision 2030 was hailed as a reformist intent, signalling a transformative move towards a post-oil future. A key plank of this strategy was the partial privatisation of Saudi Aramco through an initial public offering (IPO) of around 5 percent of its share in global markets. When the Saudi king recently pulled the plug on this international listing of Aramco, observers have started wondering about the fate of diversification.

Is there still hope for diversification after a central pillar of the Vision 2030 has fallen through? And, is Saudi Crown Prince Mohammed bin Salman’s grand vision still relevant and credible?

Diversifying without an Aramco IPO

The short answer is that it is still too early to write off the prospects for diversification in Saudi Arabia. Equally, diversification would have proven challenging, with or without the partial privatisation of Aramco.

Firstly, although Aramco’s listing in international stock markets has been called off, the national oil company is still planning to raise debt through its acquisition of a strategic stake in SABIC, the country’s petrochemical giant.

With its currently modest debt levels, Saudi Arabia should have little difficulty raising money through capital markets. The only difference would be that the cash would be raised in a roundabout way through bonds rather than equities.

Secondly, even if Aramco’s listing had gone ahead, it wouldn’t have solved Saudi Arabia’s diversification challenge on its own. While a centrepiece of Vision 2030 and despite all the fanfare on the original announcement, the Aramco listing would have only served as a wealth management strategy.